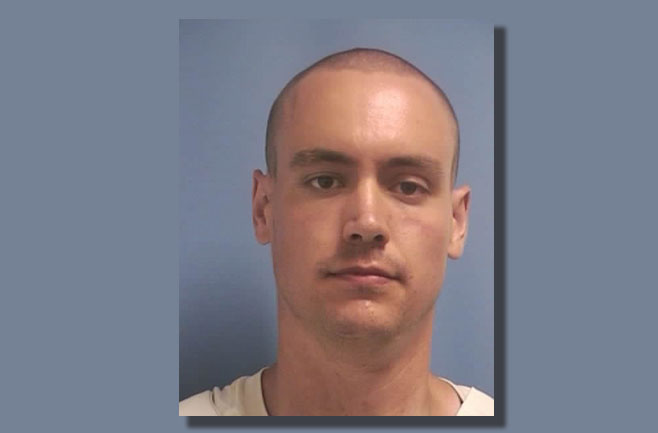 The EAGLE has just learned that MDOC Commissioner Pelicia E. Hall has denied the early release of Daniel Cummings.

“It is our understanding that MDOC has reconsidered their position on their decision to release Daniel Cummings and we will continue to monitor his status,” said District Attorney Ben Creekmore.

We will update this story with more details as they become available.

A former Ole Miss student sentenced to 20 years for killing University of Mississippi Police Officer Robert Langley will be released in two weeks after serving less than a half of his original sentence.

According to Lafayette County Circuit Court records, a Notification of Release was filed Thursday stating that Daniel Cummings, 31, will be released from prison into the custody of his parents who live in DeSoto County on July 28.

Cummings will be released as part of MDOC’s Earned Release Supervision Program and will remain on supervised probation through 2020, which is listed on the MDOC website as his release date.

Cummings pleaded guilty in 2007 to manslaughter by culpable negligence for the Oct. 21, 2006, killing of officer Robert Langley, who was 30 years old at the time of his death.

Cummings, a second-year Ole Miss student at the time, was pulled over for a traffic stop by Langley when he suddenly pulled away and Langley was dragged more than 200 yards. Prosecutors said Cummings had drugs and alcohol in his system when the officer was dragged to death.

However, District Attorney Ben Creekmore said in 2014, House Bill 585 changed how MDOC calculates release dates for prisoners. According to a Q&A about House Bill 585 on the MDOC website, offenders convicted on or after July 1, 2014, must serve a minimum 25 percent of their sentence in the case of nonviolent crimes and 50 percent for violent crimes.

“We will be filing an objection to this (Cumming’s release),” Creekmore said.

Objections can be filed to MDOC 10 days after the Notice of Release is issued.

In June, Circuit Court Judge Andrew Howorth, who originally sentenced Cummings in 2007, approved a request by Cummings’ attorney Jake Adams to have Cumming’s medical records released from MDOC. According to court documents, Cummings had been undergoing medical treatment while in prison; however, the nature of his condition was not included in the records. The request said, through his parents, Cummings planned to continue the medical care and needed to access his records so “detailed plans can be made for the continuation of care and treatment.” 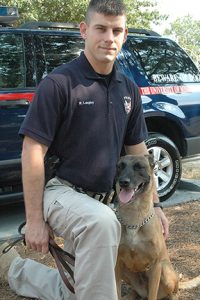 Langley graduated from Madison Ridgeland Academy, Madison in 1995. After graduation, he attended Valley Forge Military College in Valley Forge, Pennsylvania for one year, and then transferred to Delta State University. At both Valley Forge and DSU he played football as a running back. Later, he received his mortuary science degree from Northwest Community College.

Following a brief career in the funeral business, he went to work for the University of Mississippi Grounds Department for several years. In April of 2002, he began his career in law enforcement with the University Police Department. In February of 2005, he was called to active duty with the 114th Battalion from New Albany. He served his country for 14 months in Afghanistan and upon returning from the Middle East he rejoined UPD where he was then promoted to the K-9 Unit.

He worked for UPD for at total of four years. He left behind a wife, two sons and two stepdaughters.

This is a developing story. Check the EAGLE for updates.