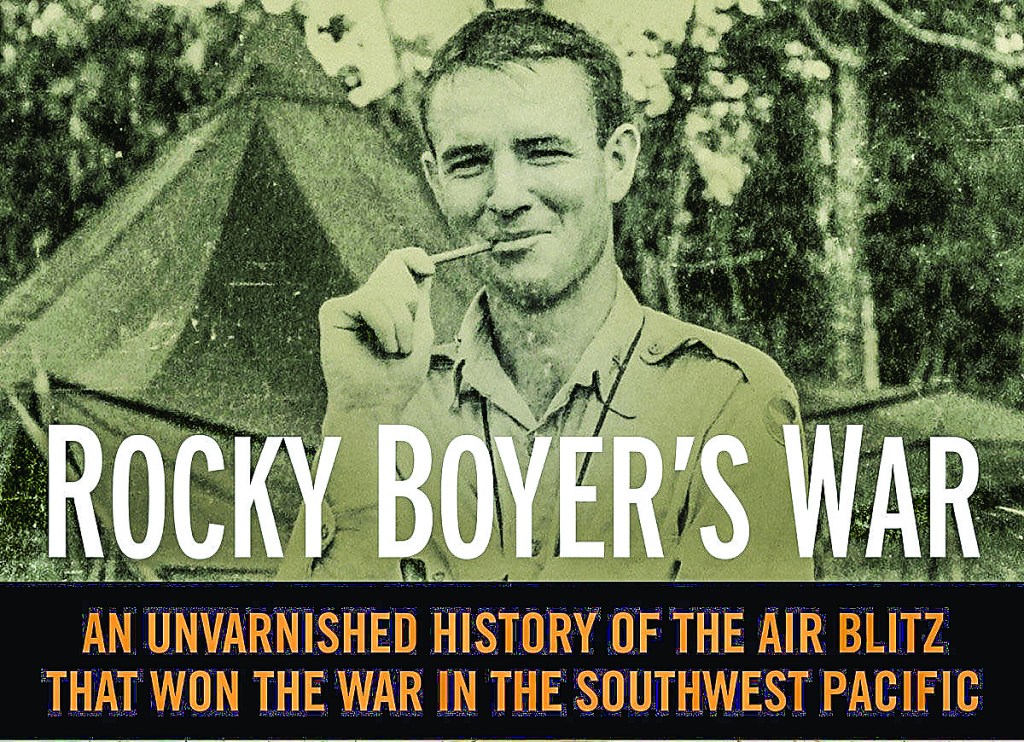 Author Allen Boyer’s new book is based on a diary from his father, Rocky Boyer.

Using a diary from his father, who joined the American war effort in the Southwest Pacific during World War II, author Allen Boyer looks to give his readers a firsthand glimpse into the past.

Boyer’s new book, “Rocky Boyer’s War,” combines original entries from his father (Rocky) with his own prose. This latest work is Boyer’s fifth book overall and deviates from his usual forays into law history.

The author says he always knew about Rocky’s diary but eventually discovered it in 1970 while moving homes. During the war, Rocky maintained the radios for the 71st Tactical Reconnaissance Group, a fighter-bomber unit.

“I was 14 and had just read ‘Catch-22,’ and thought (the diary) was a great book,” Boyer said. “It was the first book I wanted to publish because here was this diary and several hundred pages of it.”

Boyer began work on “Rocky Boyer’s War” three years ago. He says that writing it when he was older than almost everyone in the diary lent him a different perspective on the events.

“The colonels in the book were in their 30s and the generals were in their 40s,” Boyer added. “When I began making it into a book, I was now older than everyone in the book besides Douglas MacArthur. It gives you more of a sense of what the senior officers thought they were doing.”

While writing “Rocky Boyer’s War,” Boyer used older journals as reference points like Lewis and Clark’s diary, “to see how people handled the footnotes, commentary and the text.”

“By the time I had it finished it three years later, it was much more like a narrative history with a lot of long quotes from the diary and following my father’s perspective,” the author said.

After the war, Rocky Boyer got married in 1947 to his wife, Margaret Anne, and the couple moved to Oxford in 1955 where Boyer, the author, and his brother were born and raised. Rocky worked at Ole Miss in some capacity as a teacher in the School of Education for over 30 years.

After his passing in 2008, Margaret Anne, now 94 years old, relocated to outside of Boston where she still resides.

Despite writing a diary, Boyer says that his father didn’t talk a great deal about the war. If he did, it was usually about accidents that occurred on the battlefield.

“He talked about one battle in particular and that was in Mindoro when some Japanese destroyers raced in and attacked the airfield,” Boyer recalled. “He was there for that. He was loading planes that night on the airfield.”

For Boyer, returning to Oxford is something of a homecoming despite his parents not being here anymore. He will be speaking at Square Books tonight at 5 p.m. about his work.

The author noted how some things have changed since he lived in town.

“It’s a lot harder to find a parking space on the Square,” Boyer joked. “The Courthouse has been redone. The landscaping is much better. Back when I was here during the summer, if the grass died, no one tried to keep it going. It’s pretty here. I very much like Jim Dees’ sentence in his book when he said the Square is ‘where Disneyland meets Harper Lee.’”