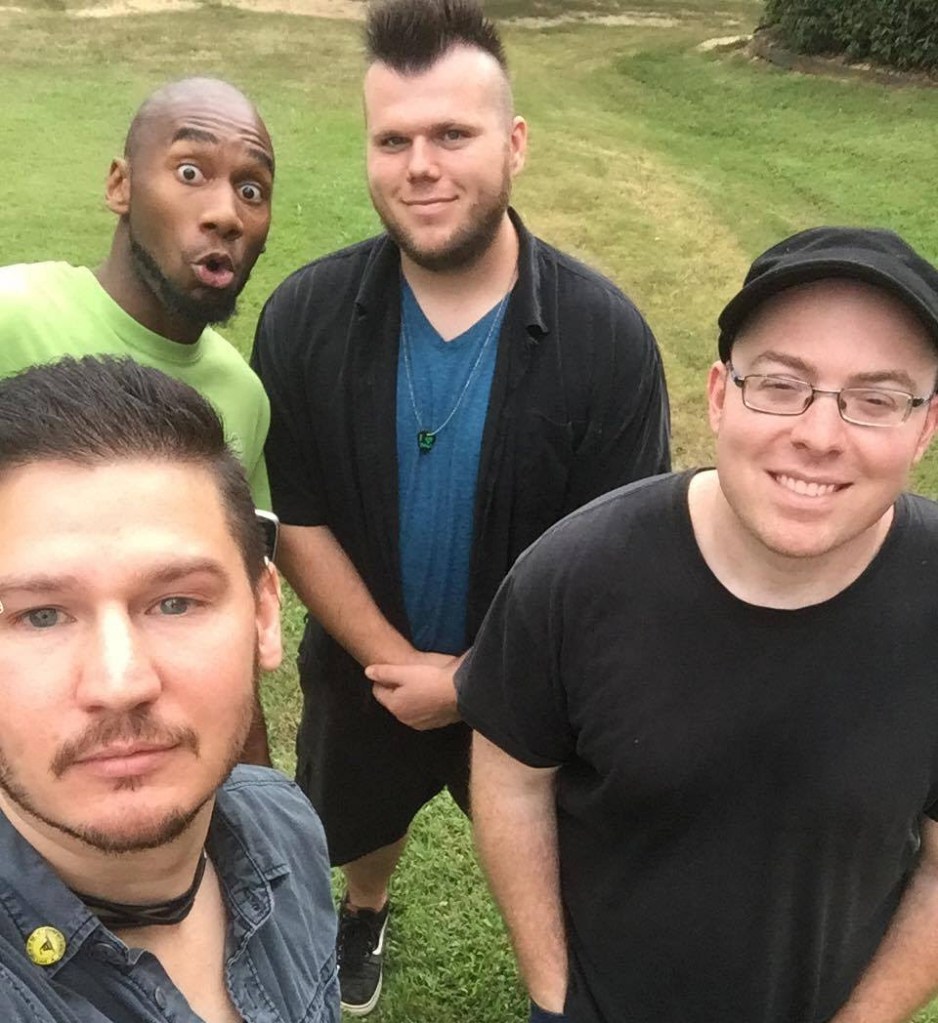 1 Last Chance might be the loudest band in Oxford, and the four-piece punk group doesn’t plan on dialing back their sound anytime soon.

Since their inception as a live band in 2012, these punks have been relentlessly touring all over the country and garnering fans in the process (they currently have over 2,000 followers on their Facebook page). Now, they’re ready to unleash their first official single, “A Perfect Machine,” on the world.

Rooted in melodic punk, particularly classic groups like the Sex Pistols, Green Day and Bad Religion, 1 Last Chance has crafted a sound that melds everything from those forbearers to grunge.

But the road hasn’t always been kind to the band. They’ve had members drop out after only a few days of touring. Brandon McDaniel, the group’s lead guitarist, engineer, producer and co-manager, says that sleeping in a van nightly and eating dinner out of cans certainly isn’t for everyone.

“The longest tour we’ve had is three straight months,” McDaniel remembered. “That was touring the east coast and then going out to Texas. That was rough.”

1 Last Chance’s singer and chief songwriter, Jake Hampton, 33, thinks that group’s overall ages give them an advantage over their punky peers whose median age tends to skew younger. (McDaniel is 30, bassist Shane Taylor is 26 and drummer Tony Caldwell is 27.)

“For one thing, you’re able to hold it together emotionally,” Hampton said. “When you’re stuck in a van you have to be very mature to keep from going insane. In terms of songwriting, my writing is a thousand times better than it would be if I was in my twenties.”

Caldwell and Taylor joined the group a year ago, but McDaniel and Hampton’s friendship and musical partnership go back to their college days almost a decade ago at the University of Mississippi.  They began writing songs as 1 Last Chance in 2010.

At the moment, the band’s recording (and all of the engineering) is handled in McDaniel’s bedroom in his home just outside of Oxford. That’s where “A Perfect Machine” was recorded, and given its high sonic quality, one might find this hard to believe. After taking his time with perfecting the mix, McDaniel had assistance from legendary punk mastering engineer Ted Jensen who did Green Day’s seminal 2004 record “American Idiot.”

“It took me months of going back and forth with him to master it,” McDaniel recalled. “He was always down to do it, but my mix just wasn’t there. He was honest about it. He was helpful enough to tell me that. I’m not an audio engineer, I’m just a guy in his room trying to not make it sound bad.”

“A Perfect Machine” could be the song to get them some radio play on rock stations, too. It’s soft to loud dynamic hearkens back to ‘90s alternative rock while staying true to the band’s punk influences and attitude.

And since their first day as a group, 1 Last Chance has been all about their DIY attitude. In their early years, McDaniel would book all their gigs (they now have a co-manager who helps him out a great deal). The band plays at whatever venue will have them. This has resulted in gigs at fine dining Italian restaurants to punk dive bars across the country.

The band knows they’re not for everyone, and sometimes find it difficult to get gigs in their hometown where the bar scene caters to more country, indie rock and blues acts. That’s not to say the band doesn’t have a soft side. Hampton and McDaniel have played plenty of acoustic shows without a bassist or drummer. But they prefer to have the full band intact.

“We’ve played so many shows, but it’s still hard to play here, because we’re punk,” McDaniel said. “But we played an open mic here a couple months ago. We played two originals and a cover (Blink-182’s classic “All The Small Things”) and the audience was going insane. This was on a Tuesday night and they were just loving it. We were trying to show the owner that everyone likes this stuff.”

“We’re an energetic band,” Taylor added. “None of us sit still. Tony doesn’t even sit still behind the drums.”

The reasons why they aren’t at the top of bar owners’ lists to hire for shows isn’t entirely lost on McDaniel.

“I understand the bar business is hard,” the guitarist said. “You don’t get the same amount of money every day. We understand why it’s hard to take a chance on something different. Since we’ve been around, there are countless bands that have come and gone in Oxford and have gotten tons of time at these venues and lasted maybe a year. And yet, we’re still here. That’s the reason we tour all the time. We can get appreciated more 14 hours from home than we do in our regional area.”

1 Last Chance doesn’t plan to ever sacrifice any of their grit or distortion. Even if it meant getting them more shows.

“It was punk rock that got me through school,” Caldwell, the drummer, said. “All those bands like Green Day, Good Charlotte, Blink-182 and Sum 41. That’s what I grew up listening to.”

“We just play our stuff and do what we do,” he said. “We let them think what they want.”