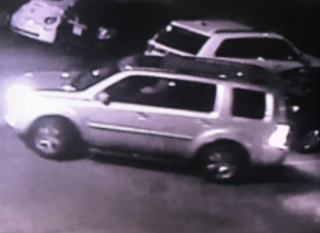 The gray Honda Pilot believed to be involved in the disappearance of an Ole Miss student.

The Panola County Sheriff’s Department has filed charges of kidnapping and rape against two men in connection with the kidnapping of an Ole Miss student on Sunday.

In a previous press release from the Oxford Police Department, the student was reported to be held against her will by the two men and any charges were pending. The Clarion Ledger has identified the suspects as Charles Roger Prince, 34, and Kedrick Kevon Norwood, 28, both residents of Panola County. The Ledger is reporting that Prince and Norwood were both on parole at the time of the kidnapping.

Editor’s Note: The identity of the victim was previously published when she was reported as a missing person. The EAGLE does not publish names of sexual assault victims; therefore, the victim’s name has been removed from all reporting.