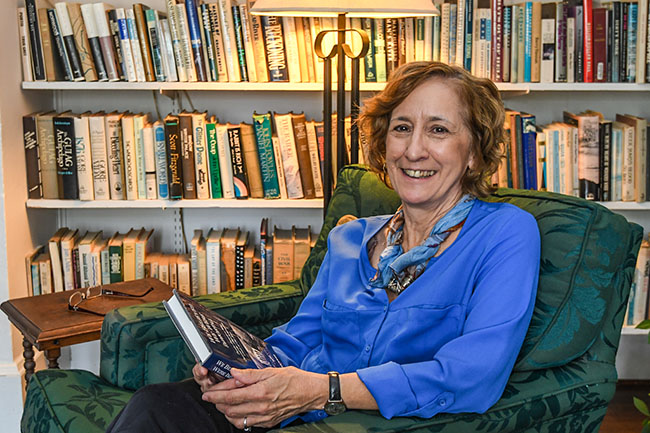 Kathleen Wickham, in Oxford, Miss. on Monday, September 11, 2017, is the author of "We Believed We Were Immortal: Twelve Reporters Who Covered the 1962 Integration Crisis at Ole Miss." 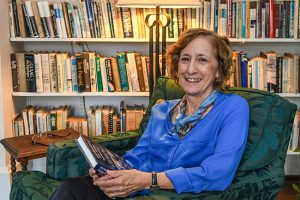 Kathleen Wickham, in Oxford, Miss. on Monday, September 11, 2017, is the author of “We Believed We Were Immortal: Twelve Reporters Who Covered the 1962 Integration Crisis at Ole Miss.”

In her new book, Ole Miss journalism professor Kathleen Wickham recounts the story of one of the campus’ most important events: James Meredith’s integration at the university. However, Wickham’s book takes the point of view of journalists who reported the story to outlets as it was unfolding 55 years ago.

“We Believed We Were Immortal,” her fourth book, hones in on 12 men and women who came to the campus to show the world what was taking place. One reporter, from the Paris-based Agence France-Presse, Paul Guihard, was the only journalist killed during the Civil Rights era. His murder is still unsolved.

Wickham, originally from New Jersey, has a long history in investigative journalism and has always been fascinated by the intrepid reporters who came to the campus.

“During the 40th-anniversary ceremonies, my attention was drawn to reading all the books and news stories about James Meredith and the crisis,” Wickham said. “I was outraged to discover that Paul Guihard’s story was pretty much limited to a paragraph, maybe just a sentence.”

Some of the journalists discussed in the book include Dan Rather, Sidna Brower Mitchell (the student editor of the Daily Mississippian at the time) and Dorothy Butler Gilliam, the first African American woman hired by the Washington Post.

Wickham will be holding a signing at Off-Square Books tonight at 5 p.m. where the book will also be available for purchase. Author Ralph Eubanks will be joining Wickham to discuss her latest work.

The book is published through Yoknapatawpha Press and Larry Wells, the company’s publisher, says that her work is “in the best standards of Ole Miss faculty writing.”

“Kathleen Wickham came here from New Jersey and immediately immersed herself in the campus,” Larry said. “This is what the university faculty is best at doing: to live off the terrain and find subjects that interest them and the community.”