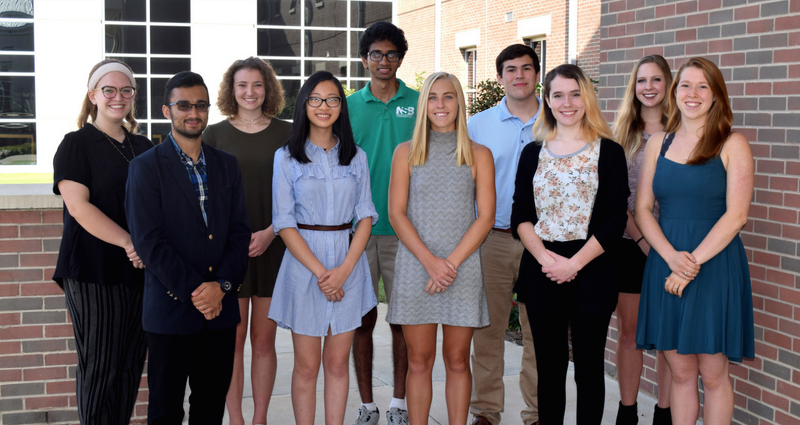 An array of academic awards were handed out Monday night at the monthly meeting for the Oxford School District Board of Trustees.

An award was given to the Oxford High School girls cross country team and the boys basketball team for the teams with the highest grade point average (3.7) and most improved GPA (3.35 to 3.49), respectively.

Superintendent Brian Harvey noted that the average GPA for all of OHS’ athletic programs is 3.2.

Track and cross country coach Chris Patton and basketball coach Drew Tyler spoke to those in attendance on behalf of their teams.

“All of the girls competed well on the track and on the cross country course, but most importantly in the classroom,” Patton said. “That’s one thing I preach a lot to the teams. You’re a “student athlete” for a reason the student comes before athlete. They really understand how important education is.”

Tyler said how his team is “knocking it out on the court as well as in the classroom.”

“Maybe we can catch up with these girls,” the basketball coach joked.

Ten additional students were honored for progressing to semifinalist status in the National Merit Scholarship program. All students enter the program when they take the practice SAT (PSAT) during their sophomore year. Over one million students took the PSAT this past year.

During the 2014-2015 academic year, OHS had four semifinalists, the next year they had two and last year had three.

The 10 current students will pass on to the next round of the program in hopes of being one of the 7,500 students nationally who will ultimately win a merit scholarship to be awarded this spring.

OHS principal Bradley Roberson was on hand to speak about them

“They are absolutely incredible students in both their academics and all their extracurriculars,” Roberson said. “They represent us well; we’re proud of them.”