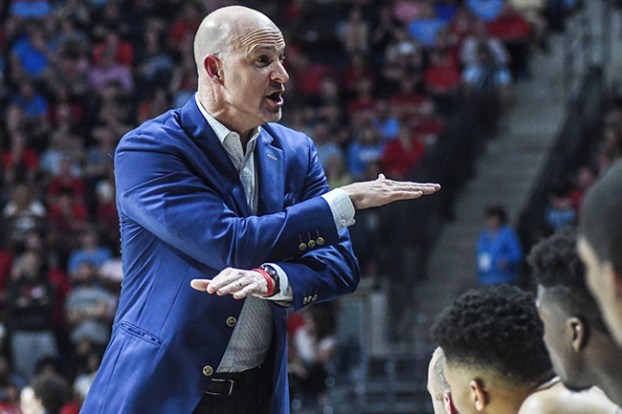 Andy Kennedy has been a college basketball coach long enough to not be shocked by some of the things that happen within the sport.

So Ole Miss’ coach wasn’t completely surprised when Tuesday’s bombshell came down that 10 people, including four assistant coaches at different programs, were arrested on corruption and bribery charges in connection to an FBI investigation. But it didn’t make the news any less surreal.

“I’ve been in this business for over 20 years, so was I shocked to hear about some of the things that came out? No, I was not,” Kennedy said. “But when the feds are involved and they’ve got what they seem to have, there are people going to jail and federal indictments are being handed out, obviously it makes everybody stop and pay attention.”

Arizona assistant Emanuel Richardson, Southern Cal assistant Tony Bland, Oklahoma State assistant Lamond Evans and Auburn’s Chuck Person were named in court documents as those taken into custody for allegedly accepting thousands of dollars worth of bribes in exchange for steering some of their programs’ top players to certain agents and financial advisors.

Also arrested was adidas’ global marketing director for basketball, James Gatto, who is reportedly accused of funneling at least $100,000 to multiple high school players in exchange for those players’ commitment to an adidas-sponsored school. One of those schools has been identified as Louisville, which placed head coach Rick Pitino (unpaid) and athletic director Tom Jurich (paid) on administrative leave Wednesday.

The probe, which authorities said began in 2015, is ongoing and has reportedly reached Miami and Alabama.

“I was just like you that I was kind of taken back as to the scope of what transpired,” said Kennedy, who’s entering his 12th season at the helm for the Rebels. “You’re talking about a federal investigation over a number of years and a lot of incriminating evidence.”

The charges have predictably had a negative impact on the recruiting of programs that are known to be involved at this point. Louisville and Auburn have each had five-star prospects decommit from their 2018 classes with likely more to come.

“There is always movement (with players in college basketball), but when something like this occurs, everybody kind of takes a step back,” Kennedy said. “Who knows what the next layer is, but all the programs directly involved, there are a number of guys that were involved with those programs — both current players and potential incomers — and that will all be in flux now for sure.”

Watch Kennedy talk more about the FBI’s investigation into college basketball while also hitting on this year’s Ole Miss team in the following video.