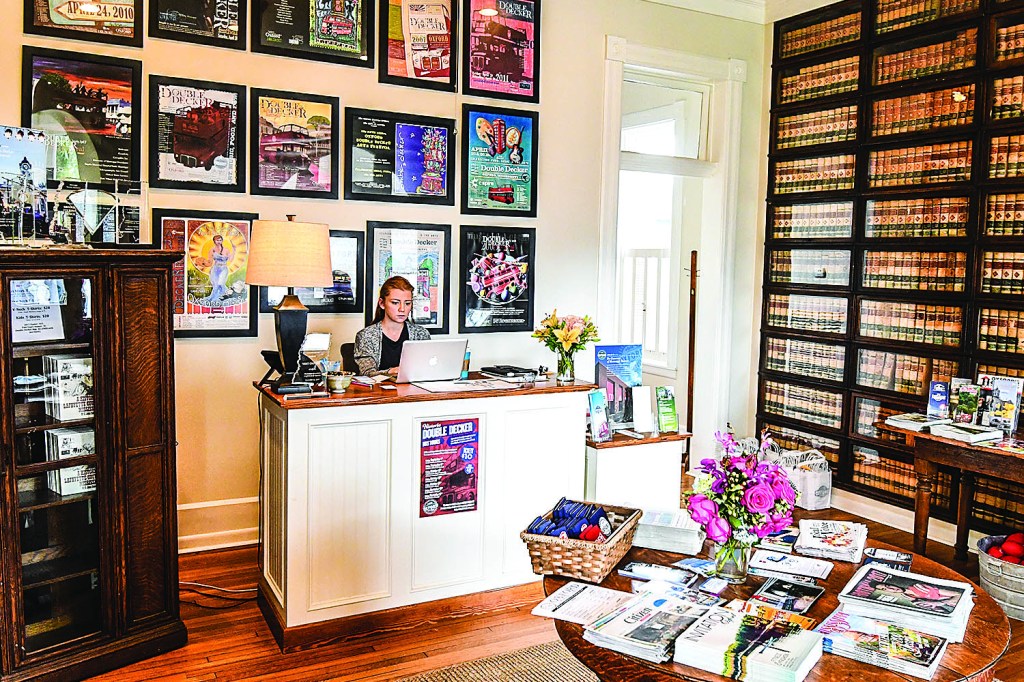 Brittney McCoy works at Visit Oxford in Oxford, Miss. on Monday, October 2, 2017. Visit Oxford has won the CVB/Tourism Office of the Year at the 2017 Mississippi Governors Conference.

Visit Oxford, the bureau tasked with increasing tourism in town, recently won the 2017 Tourism Office of the Year award at the Mississippi Tourism Association Governor’s Conference this past month.

“We are thrilled to receive this award and have a fantastic staff who work so hard to promote Oxford as a year-round tourist destination,” Mary Allyn Hedges, the director of Visit Oxford, said. “Our staff also works hard at fostering relationships with organizations with both the city and university. We work closely with our counterparts from around the state and are humbled to receive this award on behalf of Oxford.”

In the past year, some of Visit Oxford’s events that have drawn tourists include the Mississippi bicentennial celebration for the northern part of the state and Pop Up Oxford. The latter saw businesses in town hosting events and deals during the winter months that have typically lower tourism rates.

For more information on Visit Oxford, visit their website at VisitOxfordMS.com.