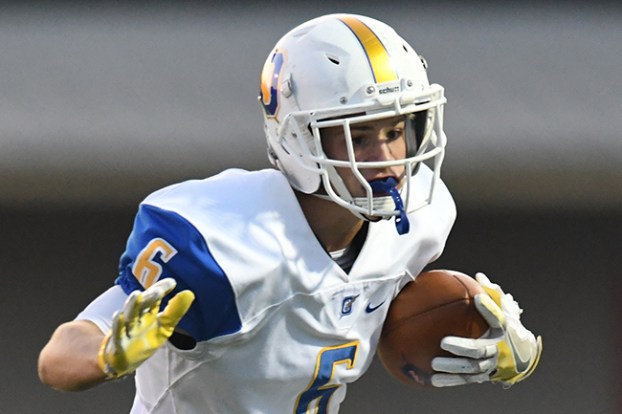 The 6A era has not gotten off to a great start for Oxford.

Two straight losses to Southaven and South Panola have the Chargers searching for their first Region 1-6A win.

Fortunately — and unfortunately— for them they do not have very long to wait for their next opportunity.

The positive for Oxford is they have less time between games to get back on the field and rinse the taste out of their mouths. The negative is they a lose a day of preparation they would normally have.

“Obviously it shortens up the practice week,” Oxford head coach Chris Cutcliffe said. “We bumped up a few things we normally do on Tuesday and kind of throughout the week. We’ll have a little more extensive practice (today) than we normally do the day before a game with the short week.”

The Chargers are starting with two losses in region play for the first time since 2008, when they lost to Lafayette and Cleveland to begin Region 2-4A. Oxford is only one of three teams without a win in region 1-6A. The other two are Hernando and this week’s opponent, DeSoto Central (3-4, 0-2).

With only the top four teams in each region advancing to the playoffs the final five games for the Chargers are crucial. Since 2000, Oxford has only missed the playoffs three times with the most recent happening in 2011.

“We obviously know we got a hole to climb out of,” Cutcliffe said. “So, I think everybody is hungry to get back out there on the field. Another opportunity to get in the win column in region play.”
DeSoto Central is coming off losses to Columbus and Horn Lake to begin their region schedule.

The Jaguars defense is giving up 39 points a game against region opponents. That would be good news for Oxford, but their struggles have come on the offensive side of the ball where they’ve only scored 13 points their first two region games. They were shutout at South Panola last week.

“I think the big thing is we ended up in so many third and longs,” Cutcliffe said of last week’s game. “We ended up in situations where I feel like South Panola had some very, very talented pass rushers. We got ourselves behind the chains too often where we ran predictable pass plays. Those guys were able to pin their ears back and they’re tough to block in those situations.”

Sophomore quarterback Reid Musselwhite leads the Jaguar offense. He’s thrown for 579 yards and three touchdowns and also thrown three interceptions through six games played. Senior running back Marren Cunningham has rushed for 413 yards and four touchdowns on 99 carries while junior Cason Burres has carried the ball 61 times for 213 yards and one touchdown

Lafayette wants to build off first win of the year

Lafayette got their first win. Now comes the hard part. After a dominant victory over Saltillo last Friday, earning their... read more