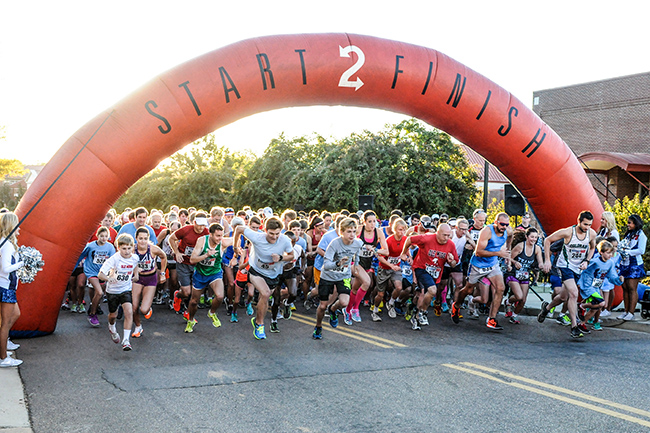 To commemorate the life of former Ole Miss football player Chucky Mullins, Run Oxford is holding a weekend of events for the second year in a row.

Beginning on Friday, Oct. 6, kids activities will be held in the Manning Center as part of the Visit Oxford Health and Race Expo from 3 to 7 p.m. Retailers Trails and Treads and Lululemon will be there, as well.

All races will finish on the 38-yard line in the stadium and runners will be able to see themselves crossing the finish line on the Jumbotron. Shirts and medals will be given out to 8-Miler and half-marathon finishers.

All race routes can be found on runoxford.com.

Marvin King, the Director of Run Oxford, says the weekend came about because the fitness group believes Oxford should have more than one large running event a year.

“We wanted to create a race to tie together the entire LOU community,” King said. “Given the meaningful impact of Chucky Mullins on the UM campus, we thought that would be a great cause to support.”

For King, the weekend represents “the culmination of a great big team effort.”

“For Run Oxford, it’s the next step in turning Oxford into a real running town and a race destination,” he said. “Our town is beautiful and we want the whole world to see it.”