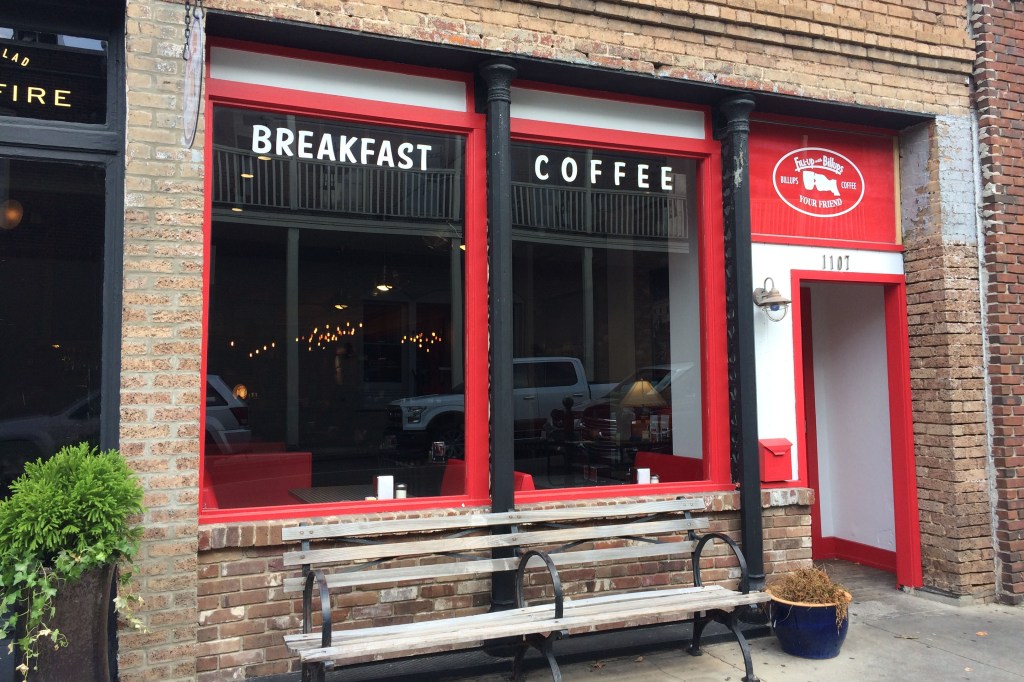 Fill-up with Billups, a new breakfast restaurant on the Square, is set to open soon. (Photo/Andy Belt)

A new breakfast spot is primed to open on the Square, and it will be ready to satisfy your cravings for the most important meal of the day — whether it’s the morning or not.

Fill-Up with Billups has moved into the old Bacchus space (1107 Jackson Ave. E) after the latter took over the empty Rowdy Rebs space last month.

The restaurant is a partnership between the Nicaud family (who owns the Bacchus restaurants statewide) and Guy Billups III, whose family founded Billups Petroleum in Mississippi in the late 1940s. In recent years, Billups also started Billups Coffee.

“I had always talked about doing something with the Fill-Up with Billups Coffee trademark,” Billups said. “I’ve known the Nicauds for a long time. We joked around about doing a restaurant, but I always wanted to do a breakfast place and tie it into the coffee. Jordan Nicaud and I talked for about a year, but we didn’t have a place.”

Once the Nicauds decided to close Rowdy Rebs and have Bacchus take over, the old Bacchus storefront opened up.

“He asked if I wanted to try and do this together and I said, ‘absolutely,” Billups recalled. “I’ve known the Nicaud family forever and it seemed like a good match and partnership. I’ve never been in the restaurant business, but I’ve been in lots of other businesses.”

Chef Neal Myers, who helped to open the restaurant, and will also serve as a manager, says that Fill-Up with Billups looks to be a “gathering place for people.”

“There’s a lot of old-school southern cooking on the menu,” the chef said. “Every day, we’re going to do a plate lunch or a meat and three. Everything is scratch cooked.”

Fill-Up with Billups will be open seven days a week from 6 a.m. to 2 p.m. On Thursdays, Fridays and Saturdays, the restaurant will re-open from 7 p.m. to 2 a.m. in hopes of catching the late-night crowd of people leaving the bars.

“If the demand presents itself, we’ll go seven nights a week,” Myers said. “I feel like the approach we’re taking here is that we’re going to become an institution on the Square in short order,” Myers said. “I want people to feel like we’ve always been here.”

Oxford baker Dwayne Ingraham back on TV in “Best…