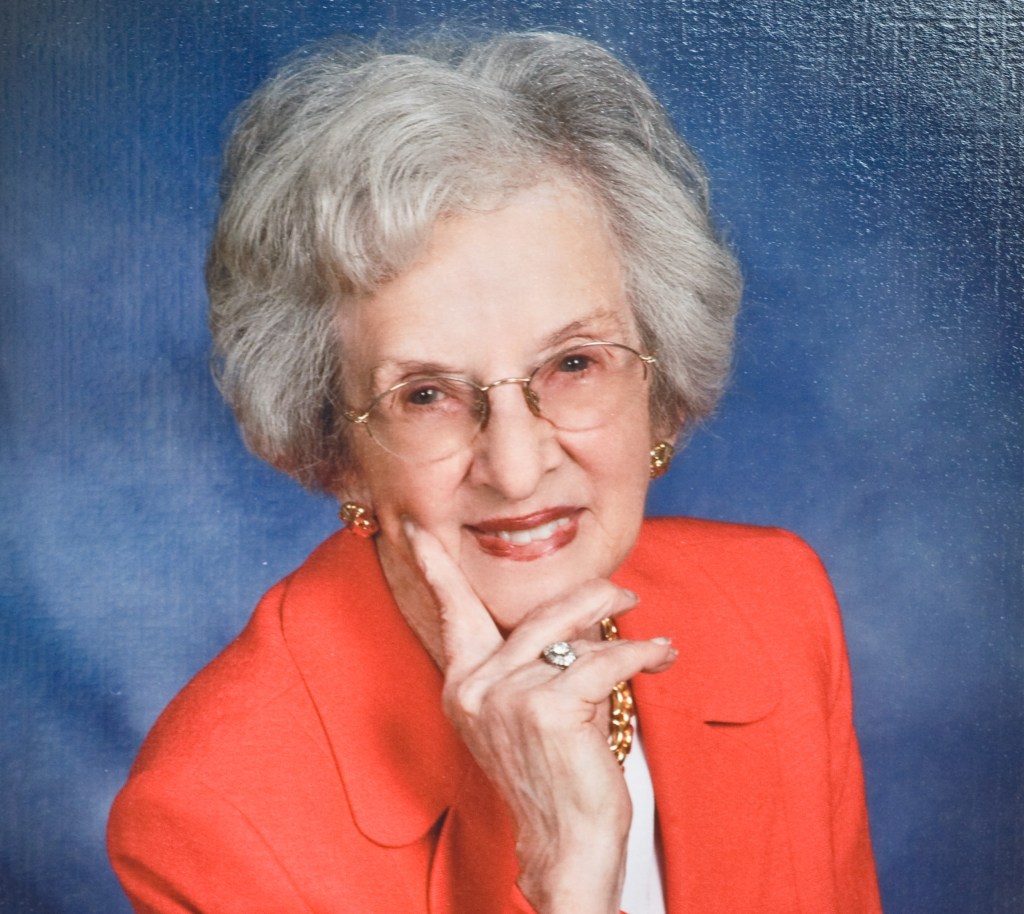 Lake Elliott, the former first lady of Oxford and a longtime business owner in the city, has died at the age of 105.

She was featured in a news story about her accomplishments as a civic leader and turning 105 late last week.

Born in Lafayette Springs, Miss., to the late Walter Eugene and Ada Livingston McLarty, Mrs. Elliott was the retired owner of Elliott Jewelers. She served alongside her husband, Dick, during his 16 years as Mayor of the City of Oxford.

She graciously entertained visiting dignitaries, attended conventions as a representative of the City of Oxford and often spoke at banquets and meetings when her husband’s duties as mayor required him to be elsewhere. She was the oldest living member of First Baptist Church where she had served as a youth Sunday School teacher, Building Committee member, Flower Committee member and on numerous Pastor Search Committees and often opened her home to visiting ministers.

In 1935, Mrs. Elliott was chosen to represent Oxford, Miss. as Miss Oxford and was the oldest living recipient of this title until her recent passing. Being a charter member of the Woman’s Forum, she hosted the first meeting in September 1948 and remained active until her death.

As an Emeritus Member of both the Oxford Garden Club and the Pilot Club of Oxford, Mrs. Elliott opened her home for meetings and gave tours of her beautiful gardens. In the Pilot Club, she served in all leadership offices and chaired many committees on the District level.

She was the recipient of many service awards, including the Spirit of Service Award in 1988 for Outstanding Community Service sponsored by South Central Bell and Outstanding Service in 1991 for service on the Board of Directors for the Baptist Memorial Hospital. She and her husband, Dick, were honored to be named Oxford’s Citizens of the Year in 1982. Along with her parents, she was preceded in death by her husband, Richard W. “Dick” Elliott

For more information or to sign an online guestbook, visit www.wallerfuneralhome.com or call (662)234-7971.