Ole Miss’ focus, not schemes, needs adjustment from the start 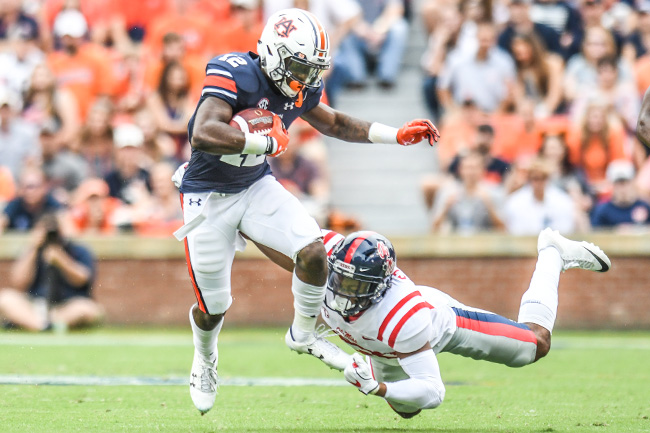 Win or lose, teams are always looking for ways to improve. Come up on the wrong end of games that are essentially over by halftime, and everything is re-evaluated.

Ole Miss’ coaches and players pored over film together from the Rebels’ latest blowout loss — a 44-23 setback to Auburn that Ole Miss made appear closer than it really was with a couple of fourth-quarter touchdowns. The Rebels trailed by more than four touchdowns at halftime for the second straight week because of more explosive plays given up by the defense and the offense’s inability to either finish drives or sustain them.

Coaches reviewed the film, assessing everything from personnel to alignment to if a change in scheme to the Rebels’ spread offense or 4-2-5 defense may be needed to help Ole Miss early heading into Saturday’s game against Vanderbilt (2:30 p.m., SEC Network). But interim coach Matt Luke said scheme has nothing to do with the Rebels’ struggles, particularly on defense.

“I think it’s just focusing in and playing with the energy and the focus it takes to win in this league,” Luke said. “You can’t give up explosive plays. When we sat down and watched the whole tape together as a defense, it was one guy here and one guy there. You can’t have those and expect to win on the road in this league.”

The Rebels were outscored 70-6 in the first half of their last two losses to Alabama and Auburn with those teams running for a combined 691 yards — 339 of those yards coming in the first half. Ole Miss, which gave up four scoring plays of 17 yards or more last week, is allowing an SEC-worst 5.6 yards per carry.

“When we looked at it, it was just one guy breaking down in every defense,” McGriff said. “We had a heart-to-heart at halftime and I just told them there were no magical adjustments. There’s nothing different that we can call. You’re not going to get a magical speech. You’ve just got to go out and play football.”

The Rebels did that better in the second half, scoring three touchdowns and not allowing Auburn to reach the end zone as Ole Miss outscored the Tigers 20-9 in the final two quarters. The focus was sharper defensively while execution was crisper on the offense’s part, particularly along an offensive line that provided a much cleaner pocket for Shea Patterson, who was sacked just once by Auburn after being taken down 10 times the previous two games.

“We just challenged (the offensive line) to play better and they did,” Luke said. “They played their best game as a whole. It’s not anybody in particular. They all played pretty well as a unit.”

It’s small consolation for a team riding a three-game losing streak against Power Five competition, but Luke is hopeful it’s a confident step in the right direction.

“We want to build on it, walk out there with confidence, and just building on the positives I saw,” he said. “Obviously the results are not what we wanted, but we have to build on those positives moving forward. I think that’s what we’ll do this week.”