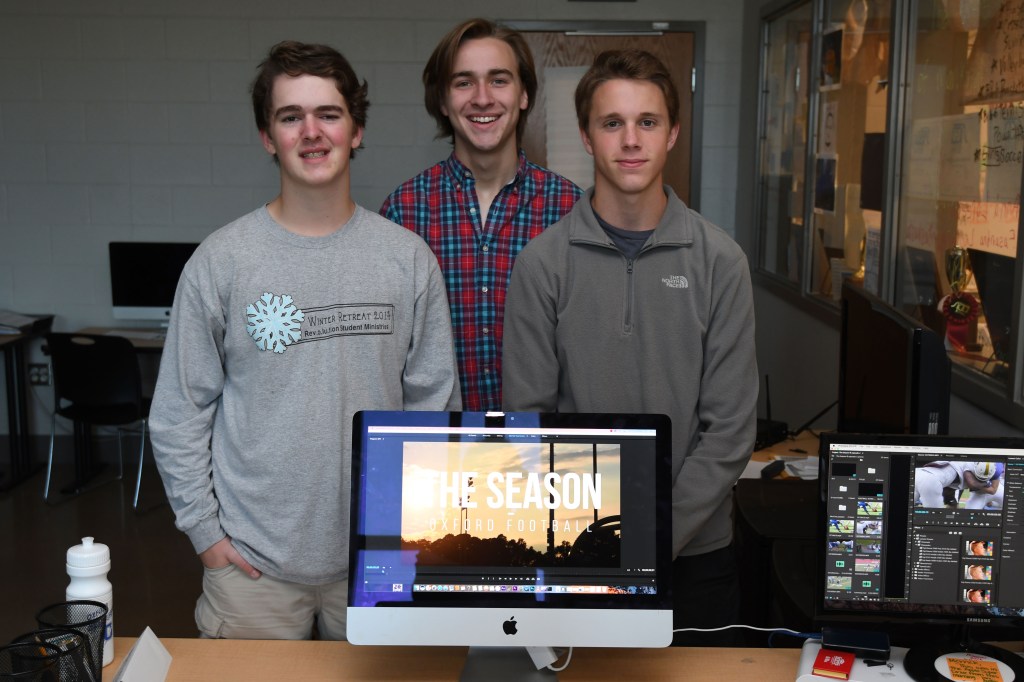 A trio of students at Oxford High School recently took home awards for their broadcast journalism program that showcases the ins and outs of OHS’ athletics program.

“The Season,” based on Ole Miss’ flagship broadcast show of the same name, won two Student Emmys in Sports and Sports Program and a Best Broadcast Journalism award from the All-American High School Film Festival in New York City. The team behind the show (and the prize recipients) are Merrick McCool, Andrew Gardner and Eli Hartnett.

For the Emmy awards, the winning students watched a live stream of the event that was held in Los Angeles in OHS principal Bradley Roberson’s office.

“He was very excited for us and we were excited as well,” says McCool.

Hartnett was thrilled at watching the group’s names scroll across the screen as nominations were read.

“The host opened a sealed envelope and announced our names and I felt a rush of excitement as we all high-fived each other with cheering in the background,” he recalled.

Gardner was recently in New York this past weekend to accept the All-American High School award on behalf of the group. Their work from “The Season” was shown on a big screen at the Manhattan-based ceremony in front of a large crowd.

The students thank Diala Chaney, their advisor, for guiding them through this process.

As McCool and Gardner are seniors, this will be their last year working on “The Season,” and due to a busier schedule this year, Hartnett is unable to participate in the show, too.

“Although I am unable to participate, the knowledge I have gained will stick with me because I use video editing every day with my business in producing videos,” Hartnett said.

McCool wants the show to keep getting better.

“I hope that we can continue to improve with every show, and soon enough have our young crew creating the show by themselves and I can just sit back and watch,” he said.

In an email, Gardner thanked all the “athletes, parents and Oxfordians who opened up their lives and homes to three guys with a couple cameras.”

“Thank you so much,” he wrote. “…This is what has allowed ‘The Season’ to take the shape it holds today. And for that, we are eternally grateful.”