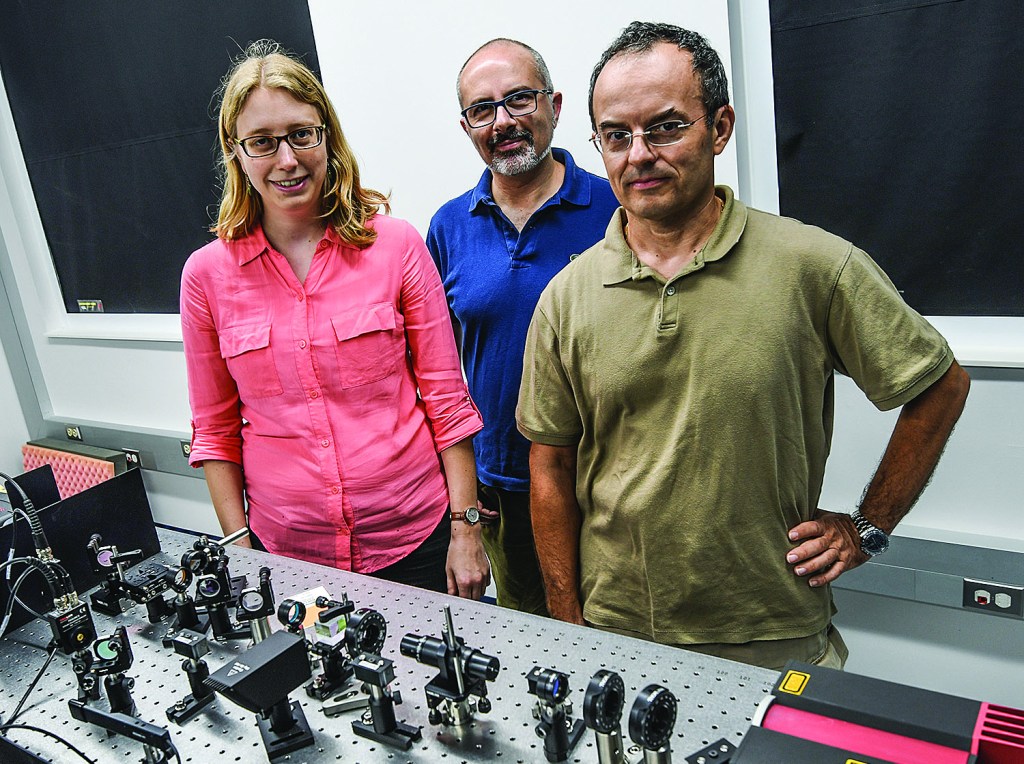 Ole Miss physicists Kate Dooley, from left, Emanuele Berti, and Marco Cavaglia are among those who worked on a project that won a Nobel prize in physics for the discovery of gravitational waves.

The work of three physics professors from the University of Mississippi has changed the way we look at our universe.

Katherine Dooley, Marco Cavaglia and Emanuele Berti all study gravitational waves, or ripples, in spacetime. Dooley and Cavaglia work within LIGO (Laser Interferometer Gravitational-Wave Observatory), a project of observatories around the world that recently detected these waves. Berti is a theoretical physicist doing research on their origin.

“Albert Einstein told us that we live in spacetime which is like a fabric,” Cavaglia explained. “As you can stretch and warp a fabric, you can warp spacetime. Gravitational waves are waves of space. It’s not like light that’s a wave that travels in space; it’s the space itself that changes with time. That’s the way we measure it.”

Cavaglia elaborated on how LIGO sites measure these gravitational waves using an instrument called an interferometer.

“We put markers in times, these markers are mirrors of the instrument and then we measure the distance between them,” he said. “If the space warps and changes with time, we can see it by the changing in distances.”

The LIGO Scientific Collaboration carries out the science at the LIGO Observatories, located in Hanford, Washington and Livingston, Louisiana. The collaboration began over 40 years ago and currently consists of over 1,000 members doing research on four continents. 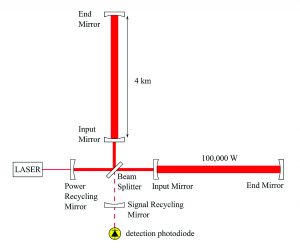 A diagram of the interferometer used by the LIGO team. (Submitted photo) 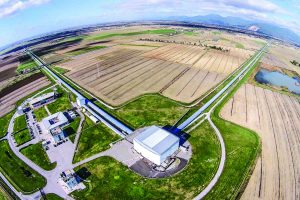 An aerial view of one of the interferometer’s used by the LIGO team.

In an interview with the Massachusetts Institute of Technology after the announcement of the prize, Weiss, 85, credited all of the LIGO Scientific Collaboration for their contributions.

“The discovery has been the work of a large number of people, many of whom played crucial roles,” Weiss said. “I view receiving this [award] as sort of a symbol of the various other people who have worked on this.”

The trio of professors at Ole Miss have been associated with LIGO for some time. Dooley first worked for the Caltech lab in 2005 where she studied mirrors used for the device. Cavaglia started with LIGO a decade ago doing data analysis. Berti has studied gravitational waves since his undergraduate years, over 20 years ago.

So what do these new discoveries mean exactly?

“We have a new way of observing the universe,” Dooley said. “Until now, we’ve only been able to view the universe through our eyes. What we have now is an instrument that allows us to listen to the universe, which provides a whole new sense and opens up a whole new world of possible discoveries.”

“We are just at the beginning,” Cavaglia added.

“The future is bright, very bright,” Berti said. “We’re going to see more and more. This new way of looking at the universe is different. We’re going to learn a lot.”

The professors will be holding an event open to the public on Monday, Oct. 16 at 3:30 p.m. in the Overby Auditorium called “Gravitational waves, black holes and a Nobel prize: A celebration at UM” showcasing their research through videos and holding a panel discussion.