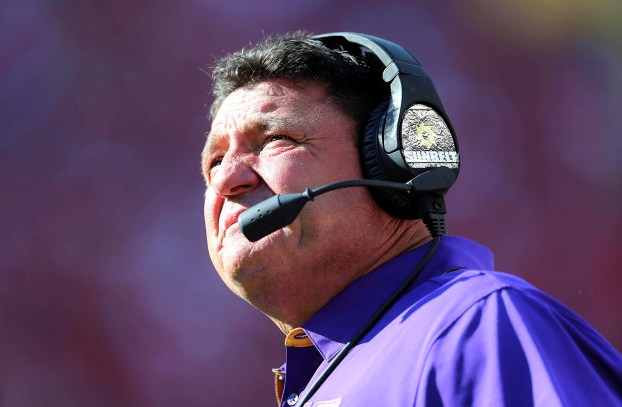 Ed Orgeron: I wished I was at LSU ‘the whole time’ I was at Ole Miss

Ole Miss-LSU week is officially here, and it didn’t take Ed Orgeron long to take a shot at his former employer.

LSU’s first-year coach is in his second stint as a permanent head coach after having the interim tag removed after taking over for the fired Les Miles early last season. His first came a decade ago at Ole Miss — a disastrous three-year tenure that ended with his firing in 2007 after he posted a 10-25 overall record, including a 3-21 mark in SEC games.

But Orgeron, a Louisiana native, apparently had an eye on his homestate school even while coaching the Rebels.

Answering a question about what it will be like returning to Oxford to face his former team when LSU and Ole Miss face off at Vaught-Hemingway Stadium on Saturday (6:15 p.m., ESPN), Orgeron told ESPN’s Chris Low, “The truth is the whole time I was there, I was wishing I were here (at LSU).”

Orgeron is 11-4 since taking over at LSU four games into the 2016 season. One of those losses was at home to Troy earlier this season, but the Tigers have won their last two games, including a 27-23 comeback win over Auburn at home last week.

One of those wins was a 38-21 victory over Ole Miss last season in Baton Rouge.