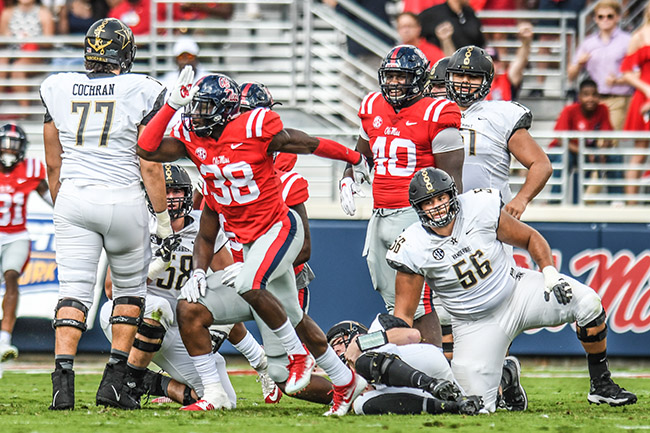 A pair of Ole Miss players have been recognized for their play over the weekend.

Patterson, who shared the honor with LSU receiver D.J. Chark, completed 22 of his 35 passes for 351 yards and accounted for five touchdowns in the Rebels’ 57-35 win over Vanderbilt on Saturday. Patterson is the SEC’s top passer with 2,143 yards and 17 touchdowns against six interceptions this season.

Haynes broke out with his best game of the season against the Commodores, tallying a career-high three sacks and 3.5 tackles for loss. The senior, who had just 1.5 sacks through the first five games, now owns the school’s modern-day career sack record with 29.

Ole Miss will return to action Saturday against LSU at Vaught-Hemingway Stadium.