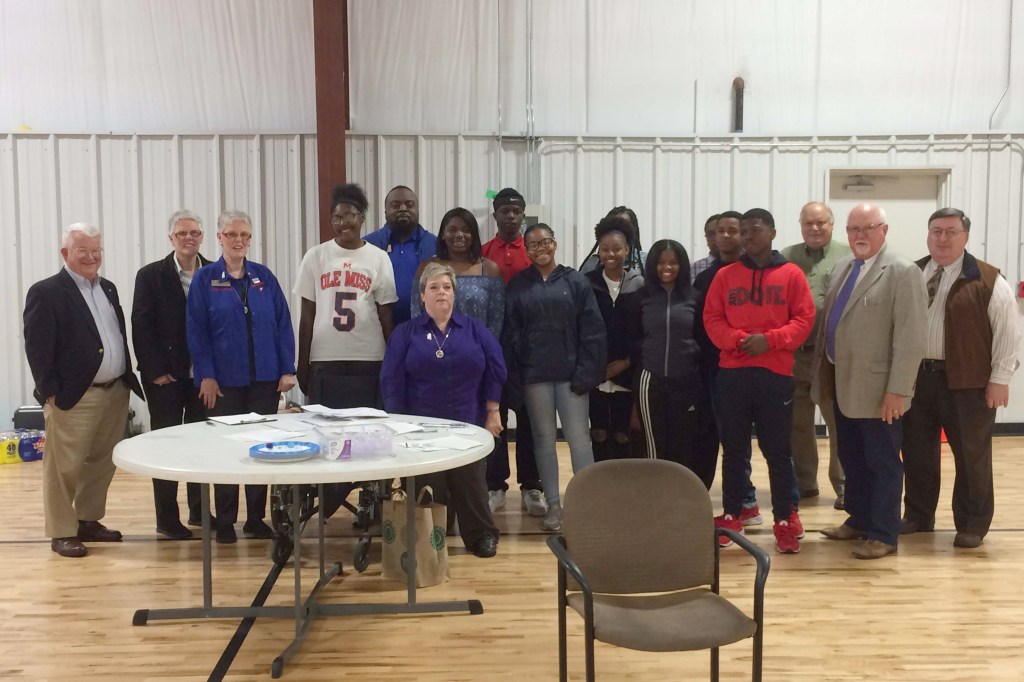 The Boys and Girls Club of Oxford hosted a ceremony on Wednesday afternoon to induct 20 new members into the group. The inductees were all high school students in their late teens.

The Excel Club is the youth division of the Exchange Club and the organization recently opened an Excel here in Oxford — the nation’s first new one this year.

The Boys and Girls Club of Oxford hosted a ceremony on Wednesday afternoon to induct 20 new members into the group. The inductees were all high school students in their late teens.

The Exchange Club is an all-volunteer national service organization that seeks to improve communities. There are more than 22,000 members across the country.

National Field Representative Denise Strub was on hand for the ceremony as she read the group Exchange’s Covenant of Service.

“Accepting the divine privilege of single and collective responsibility as life’s noblest gift, I covenant with my fellow Exchangites: To consecrate my best energies to the uplifting of Social, Religious, Political and Business ideals,” Strub said during part of the oath. “To discharge the debt I owe to those of high and low estate who have served and sacrificed that the heritage of American citizenship might be mine. To honor and respect the law, to serve my fellowmen, and to uphold the ideals and institutions of my Country.”

The National Exchange Club was founded by Charles A. Berkey in Detroit, Michigan in 1911. Six years later, it officially became a nonprofit.

Strub says that after accepting the covenant, the group is ready to go.

“They have met all the requirements and set their time for meeting dates,” she said. “They’re charter members and now they’re official members of the National Exchange Club. They’re the first new club in the country since July. Exchange is all about community, youth community, Americanism, and national child abuse prevention.”