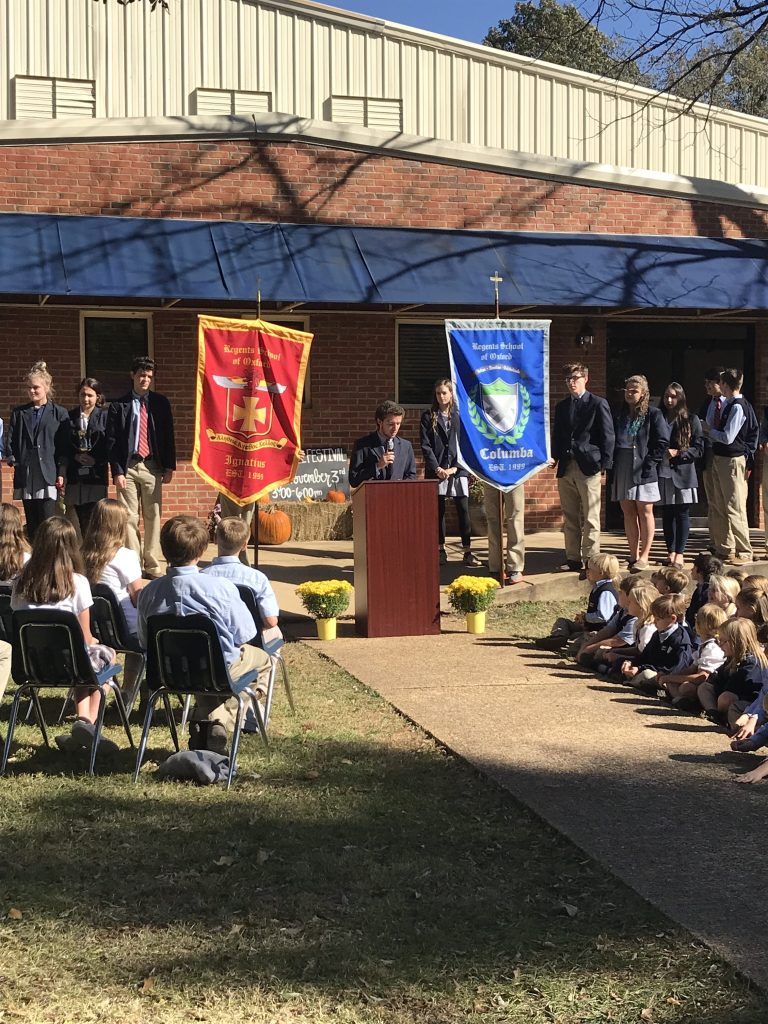 Sixth grade is always an anticipated event in any young student’s life. You’re no longer in your elementary years and that first time walking through the doors of middle school is always a big step.

But students at Regents School of Oxford have an entirely different reason to be excited, as well.

The classical Christian private school sorts students into one of two houses, Ignatius or Columba, which will be in friendly competition with each other for the next seven years of their schooling. The houses earn points throughout the academic year with the winner getting their house name inscribed on the Founders Cup trophy.

“With the housing, we try to accomplish four things: leadership development, social, camaraderie and service,” Todd said. “There are natural cliques that develop, but when the houses are brought together, seniors talk to sixth graders. The concept is every student will have an opportunity to contribute to the house.”

Some of the ways students can earn points for the houses include athletic and arts-based competitions. In this way, every student has a chance to shine.

For some students, like senior Anna Carson Parker, the house system has become a family affair.

“I’ve gotten to see my brother and cousin come into my house,” the Ignatius house captain said. “I’ve gotten to see them grow up and be excited about it from when they were younger. I like seeing the new friendships and relationships that come out of it.”

“I like the social and competitiveness aspects of it,” he said. “Everybody comes together, grades are nonexistent.”

For the sorting process, Todd says the administrators look at “everything.”

“There are so many factors that play into it,” he said. “At the end of the day, the goal is to make sure that we balance out each house so that they’re competitive in every field. I’ve seen it create a healthy environment.”

Currently, the school has plans to expand to four houses.

“I’ve been in the school for five years and when I first heard about this, I thought it was so unique,” she said. “It’s an opportunity you can’t get anywhere else in Oxford.”

Oxford’s Walk for Diabetes event to be held on…