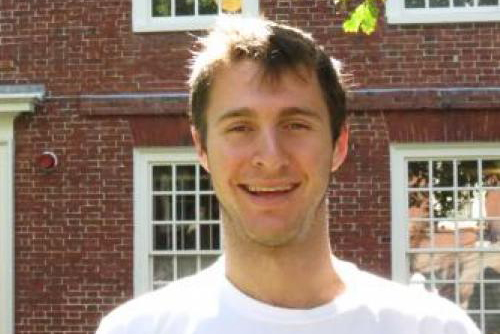 The results and aftermath of the presidential election that took place a year ago revealed that America was perhaps more divided than ever. Dialogues broke down on either side of the political spectrum, resulting in more shouting than listening.

Recent Harvard graduate Jamie Piltch is looking to reignite that dialogue. He’s currently on a 25-state tour while working on The Citizen’s Story, a project that delves into what it means to be an American.

The Philadelphia, Pennsylvania native has been traveling (from D.C. to Louisiana to Wisconsin) since late August and interviewing people wherever he goes on the big question about being American: what makes a good citizen?

After a suggestion from his mother about setting out on the road, Piltch was inspired.

“When I set out, my hope was to write a long-form magazine piece,” he said. “I did a radio segment on a local show and a book agent heard me talk. Hopefully, now I’m going to get to write a book. On a broader level, what I was looking for was to be exposed to people who are very different than myself. I grew up in a very liberal, affluent Jewish bubble in Philadelphia and then I went to college and it wasn’t much different. I wanted to see our country and talk to people.”

Piltch stopped in Oxford for two days this past weekend. His multi-month journey will end on Nov. 14. By this point, Piltch says the road has started to get to him (over 170 interviews with people has that effect), but he’s still driven.

The trip has given the writer a new lens on parts of the country which with he was unfamiliar.

Piltch said that this trek isn’t just a way to reach out to Trump voters (Piltch considers himself moderate-left), but rather to see what both political sides can agree on.

“What do we share? I’m not trying to find the extremists,” the writer said. “I’m trying to find places where a lot of the problems in our country have come to fruition. It’s really easy for me in suburban Pennsylvania to say things are great. I tried to get to places that were super different than where I’ve been.”

During his stay in Oxford, Piltch noticed that the town’s citizens have mixed views on the Confederate statues and the battle emblem on the state flag.

“A couple of my interviewees said they had no problem changing the flag — because it’s a direct symbol of the Confederacy —but didn’t want the statues taken down because the statues are just as much about honoring those men specifically as any war or rebellion,” he said.

Through his travels, Piltch has come to a hopeful conclusion for the country’s future.

“I would say that my conversations with people have made me think that our country is not as far apart as maybe it sometimes seems,” he said. “I really think if we get past Trump on an institutional level, I think the country will heal itself. The problem is Washington, not America.”

To check in on Piltch’s progress, visit his site at citizensstory.com.