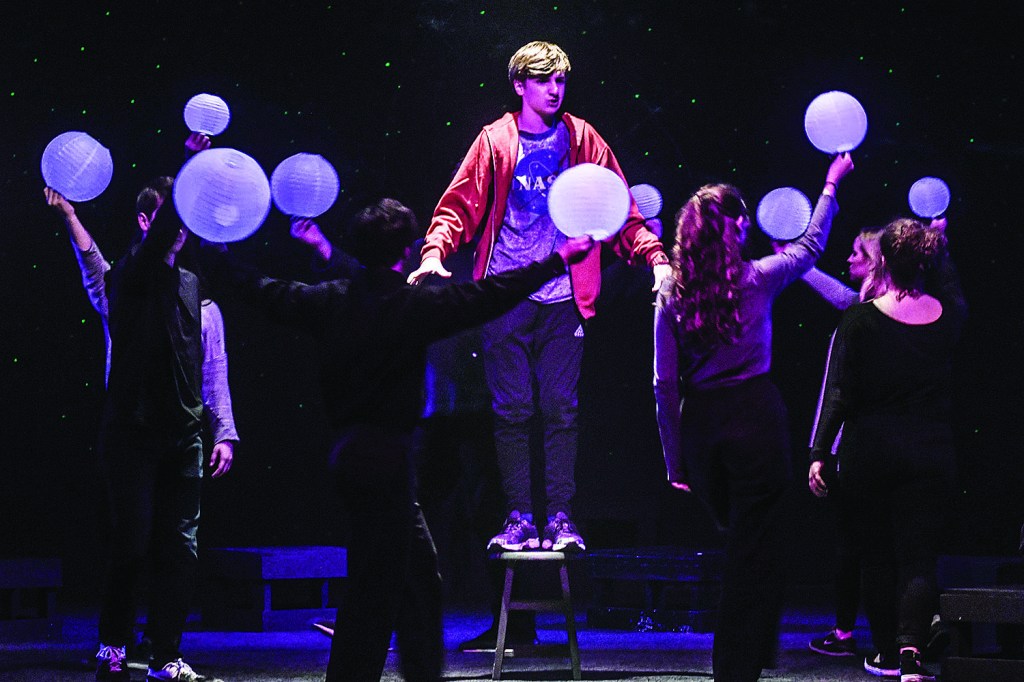 Oxford High students rehearse “The Curious Incident of the Dog in the Night-Time”.

The novel “The Curious Incident of the Dog in the Night-Time” by Mark Haddon was acclaimed upon its release in 2003 for its unique story told from the perspective of a 15-year-old boy who is on the autistic spectrum. Now, Oxford High School Theatre is putting on the stage production of Haddon’s work which won Best Play at the 2015 Tony Awards.

“The Curious Incident…” opens tonight at Oxford Middle School in the Kayla Mize Auditorium. The show will run through Saturday.

John Davenport, the head of the theatre department, says he wanted to take on the show because “not only because it is one of the greatest pieces of modern theatre, but also because it fits within our theme of facing adversity.”

“All of our shows for this season deal with the protagonist having to face life changing challenges yet believing in themselves and in the greater good to come out a better person in the end,” Davenport says, “everything is going to work out – something I feel we need a little more of these days; hope. Since the style of this show is quite expressionistic, the audience gets to see the world through the eyes of a fifteen-year-old boy who has an exceptional mind and imagination, but struggles with normal, daily occurrences.”

Davenport added that the story has the potential to leave the audience with a message long after the curtain falls.

“It reminds us that we are all human and that we all react to life’s challenges differently,” the director said. “I am a fan of the book and the stage adaptation is spot on with what the book has to say.”

This show also introduces a campaign for the Theatre Arts Guild that was created by guild president Melinda Redding last year in preparation for this season.

The campaign looks to have 100 patrons donate a $100 gift to the department.

“It is the 15th anniversary of the Theatre Arts Guild, a support group for the program by parents and community members, and my 100th show with the district will be in February,” Davenport explained.

Tickets can be purchased at https://www.oxfordsd.org/theatre.