There’s still an Egg Bowl to play, but don’t forget about this Ole Miss team 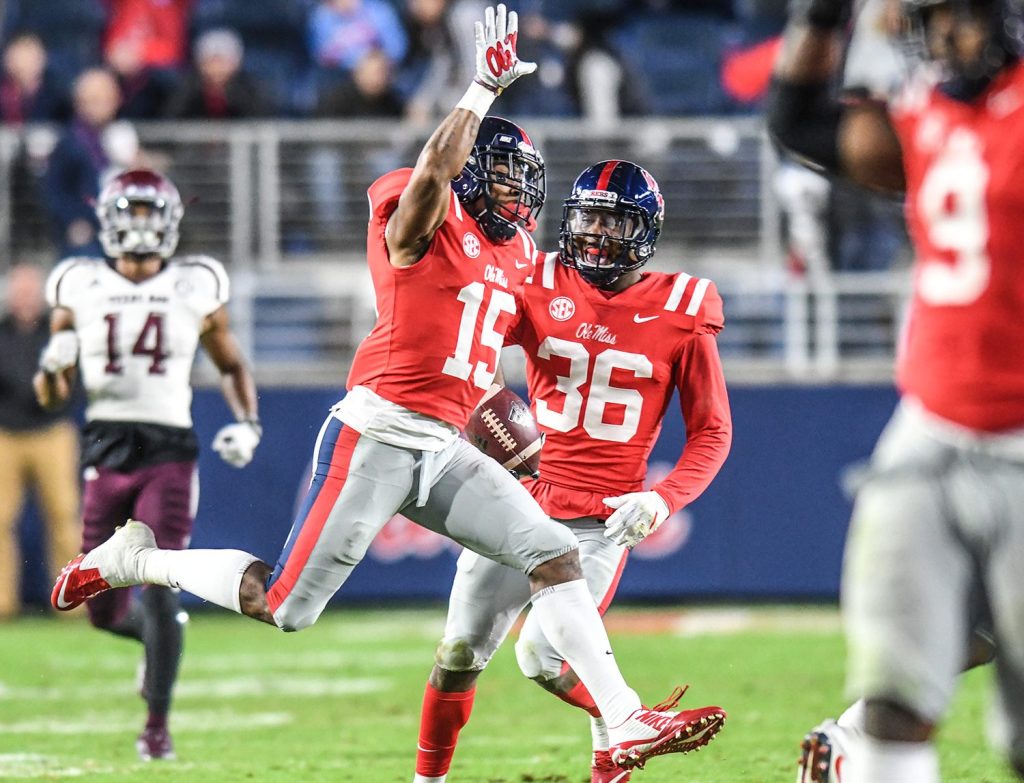 Ole Miss lost this season’s final game at Vaught-Hemingway Stadium on Saturday. Five days from now, it’ll all be over.

The Rebels’ Thanksgiving trip to Starkville for the annual Egg Bowl will end a season that was tumultuous before it ever started. Sure, some of the outcomes haven’t helped — the Rebels were embarrassed by Alabama (66-3), pasted by Auburn (44-23), shocked once again by an Arkansas team that will finish last in the SEC West if Ole Miss doesn’t and dropped a back-and-forth tussle in Saturday’s 31-24 loss to A&M — but the disappointment began with the offseason drama that’s been well-documented.

It made for an empty season that most of those invested in the program will be glad to move on from. But this season — more specifically, this team — shouldn’t be blocked from memory so easily.

Don’t forget these seniors, who’ve been the most affected on the field by the Rebels’ bowl ban and sudden coaching change following Hugh Freeze’s summer resignation. It would’ve been easy for guys like Jordan Wilkins, DeMarquis Gates, Marquis Haynes, A.J. Moore and Rod Taylor to ease off the throttle and start thinking about potential pro futures they could have. Instead, Wilkins could become the Rebels’ first 1,000-yard rusher in nine seasons while battling a season-long ankle injury, Gates is the first Ole Miss player to record 100 tackles in a season since former All-American Patrick Willis despite wearing braces on his banged-up shoulders, and Haynes — the Rebels’ top NFL prospect — has kept his motor running to the tune of 7.5 sacks, third-most in the SEC.

Don’t forget their teammates, who’ve joined them to give it everything they’ve got to keep the bottom from falling out on the season after those back-to-back beatings to Auburn and Alabama capped an ugly three-game losing streak to drop the Rebels below .500 after just five games. And that was before backup Jordan Ta’amu had to take over at quarterback for Shea Patterson (torn PCL).

All Ta’amu’s done is complete more than 70 percent of his passes for 1,435 yards and account for 13 touchdowns. Yeah, there have been mistakes — his pick-six in the third quarter against A&M proved to be the difference — but his play has already helped the Rebels match their win total during Freeze’s final season, one in which they had everything to play for.

And don’t forget interim coach Matt Luke, who’s had to hold it all together. Who knows where athletic director Ross Bjork’s search for the Rebels’ next permanent coach will lead, particularly with the school still awaiting the final verdict in Ole Miss’ infractions case, but if these are indeed Luke’s final days at the helm, he’s done about as good a job as you can stabilizing the unfair situation he inherited. He’s been left to try to clean up Freeze’s mess but has used the passion that comes with spending 14 years as a player and coach at Ole Miss to keep his players motivated regardless of what’s happened from week to week.

Motivation won’t be an issue Thursday. Ole Miss will try to avenge the 55-20 loss it took on the chin last season to its bitter rival. Whether the Rebels can be more competitive a year later remains to be seen, but Ole Miss has proven it’s going to put up the kind of fight necessary to combat its deficiencies, particularly in the second and third level of the defense.

And this group of Rebels deserves to be remembered as one that always kept fighting when it’s had every reason not to.

Ole Miss defense’s stout effort all for naught in…