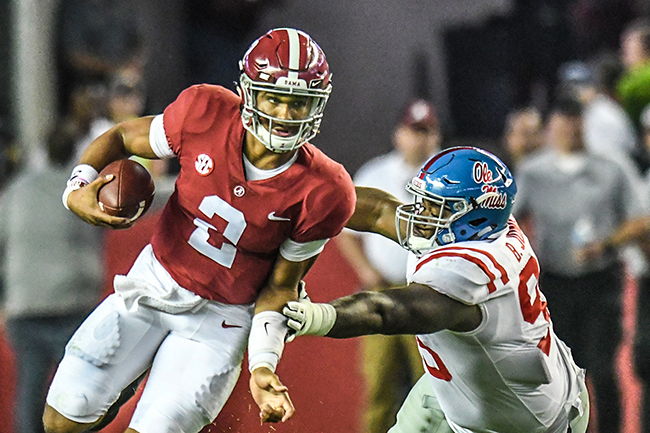 Who’s the best bet in this year’s Iron Bowl 2017? Alabama or Auburn.

We’ve got your latest betting odds and prediction from a college football expert below.

The Iron Bowl typically features one of the nation’s best defenses. Either Alabama or Auburn usually showcases a group that’s stingy against the run and mostly denies big passing plays.

This year, both have defenses matching that description.

No. 1 Alabama and No. 6 Auburn have been among the Southeastern Conference’s stingiest teams going into Saturday’s showdown. And both will have their work cut out for them against two of the league’s most potent offenses, especially with some injury issues.

Led by safety Minkah Fitzpatrick , the Crimson Tide (11-0, 7-0 SEC, No. 1 CFP) is formidable as always, leading the nation in total and scoring defense. The Tigers (9-2, 6-1, No. 6 CFP)) aren’t too far behind with the help of a dominant pass rusher in Jeff Holland.

Both defenses will be tasked with containing playmaking quarterbacks with at least one go-to receiver and talented tailbacks. Fitzpatrick said Alabama expects a few deep balls with a steady diet of runs by Kerryon Johnson & Co.

Alabama is allowing just 244 total yards and 10.2 points per game, along with 87 yards on the ground (second-best nationally).

Tigers have won only two of the last nine Iron Bowls, but have gone on to play for the national championship after each win … Iron Bowl 2017 Prediction: ALABAMA 24-23 (meaning Alabama wins, but Auburn covers the bet.)

Alabama vs. Auburn: What time does the Iron Bowl…