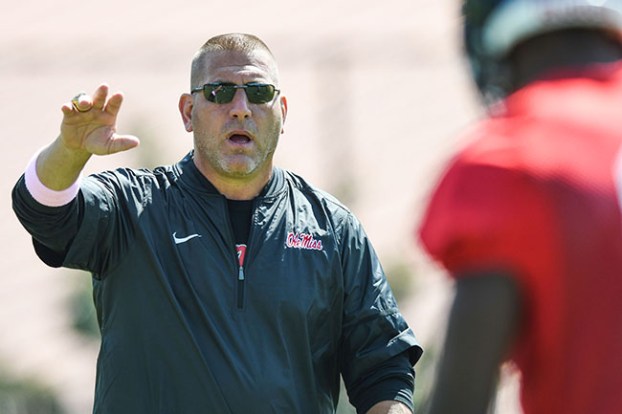 Ole Miss’ assistant football coaches collectively made one of the nation’s 20 highest salaries this season.

Linebackers and special teams coach Bradley Dale Peveto made $425,000 this season while running backs coach Derrick Nix, tight ends coach Maurice Harris and defensive backs coach Jason Jones were next at $400,000 each. Receivers coach Jacob Peeler came in at $375,000 while defensive line coach Freddie Roach had a base salary of $325,000. Offensive line coach Jack Bicknell Jr. made $150,000 this season.

Peeler and Bicknell are on one-year deals.

The Rebels’ assistant salary pool will exceed more than $5 million next season with another assistant entering the fold. Beginning Jan. 9, all FBS schools will be allowed to hire a 10th on-field assistant with Ole Miss coach Matt Luke saying he’ll look to make that hire on the defensive side of the ball.

Ole Miss has disclosed the disassociation terms for some of the boosters involved in the school’s NCAA infractions case, which includes... read more