A year after falling from a roof, Running Santa is back in Oxford 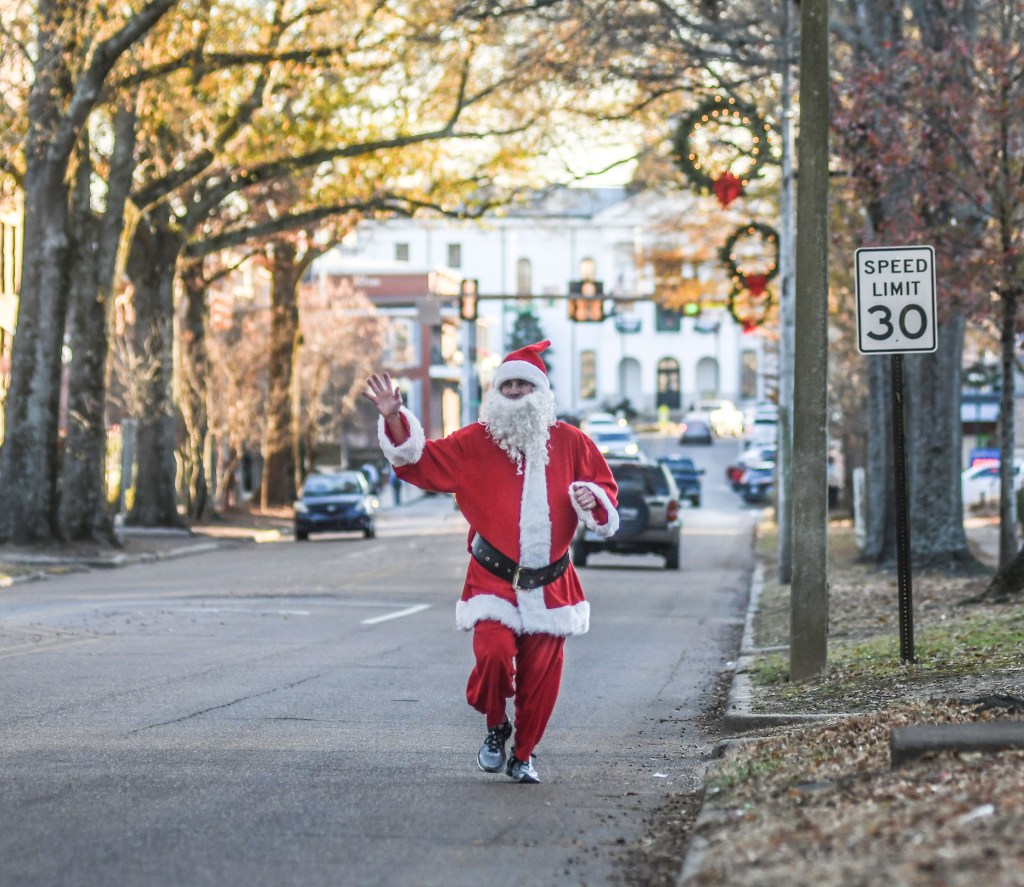 Oxford’s “Running Santa” is back after falling off a roof one year ago last week.

Bret Beauchamp has donned a Santa suit for his daily runs every Christmas season for the past eight years, and after recovering from his accident, is back on the move.

On Dec. 7, 2016, Beauchamp was working at his home when the ladder he stood on slipped. He fell from the roof and was knocked unconscious.

After realizing Beauchamp would not be able to continue his tradition, a group of 17 people volunteered to run in his place every day until Christmas.

Kate Embry, Beauchamp’s wife’s first cousin and their next-door neighbor, organized the runners. She says it started out with her husband and their friend Charlie Cascio and grew from there.

“Everybody was worried sick about Bret,” Embry said. “It was a way to let the Beauchamps know we were thinking about them.”

Miraculously, Bret did not sustain any injuries other than a severe concussion. After a hospital stay and lengthy recovery, he was able to return to his favorite pastime.

“Considering the odds of falling from that height and the way I landed, I should’ve had a much worse injury than what I had,” he said. “I was able to run two marathons in the past year, even after all that.”

Beauchamp can usually be seen running along Jackson Avenue or near the Square, although he says he does not have a set daily route.

“I saw him on Jackson when I was driving home from Wal-Mart once,” Haig said. “I love Christmas, so seeing how enthusiastic he is about it makes me happy, and I’m sure it makes everyone else smile, too.”

The tradition started after a neighbor requested that Beauchamp take Santa Claus pictures with her son. He says he just put the costume on over his running clothes, took the picture and thought it would be funny to keep the suit on while he worked out.

“They loved it,” Beauchamp said. “Just the joy it brought them, making other people smile.”

Beauchamp says he started running with his dad at age eight. Since that first 5k race, it’s become a lifelong passion.

Turning that passion into something that lets him bring joy to other people during the holiday season? That’s just an added bonus.

Art Talk: Board and Brush allows for relaxing, fun…