What to expect from Ole Miss during early signing period 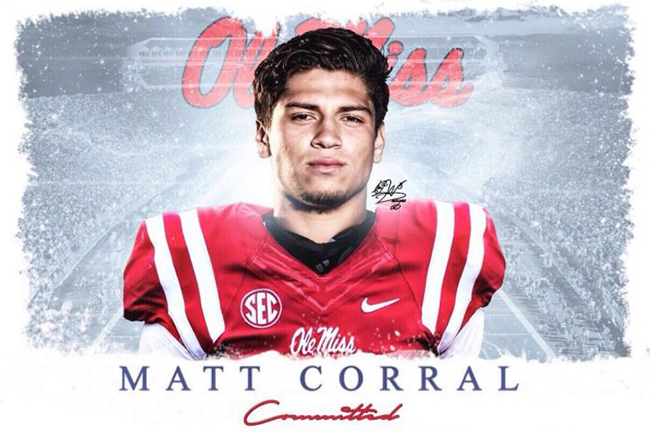 The Rebels enter the new phase of the recruiting cycle with 12 verbal commitments, 10 of which are expected to sign their National Letter of Intent this month. High school and junior college players wanting to sign early can do so for a 72-hour period beginning Wednesday at midnight and running through Friday.

Those who choose to bypass the early signing period will make coaches sweat it out until the traditional signing day, which is annually the first Wednesday in February.

“The big question has always been how many targets take themselves off the board during the early signing period? What’s the landscape going to look like after Christmas basically?” said David Johnson of the Ole Miss Spirit. “How (coaches) adjust their recruiting boards after that, I think that’s going to be the most interesting thing as we roll into January.”

Those expected to sign Wednesday include the Rebels’ highest-ranked commitments in U.S. Army All-American quarterback Matt Corral, rated the nation’s No. 3 pro-style signal caller in the 247Sports composite rankings, and consensus four-star receiver Demarcus Gregory. The addition of Corral would boost the talent and numbers at a position that’s left with just three scholarship quarterbacks with Shea Patterson’s impending transfer, but defense is the focus of the class with nine of Ole Miss’ commitments being on that side of the ball as the Rebels try to shore up a unit that finished outside the top 100 nationally in total defense, rush defense and scoring defense this fall.

Ole Miss is expected to get signatures from three defensive tackles Wednesday, including Wayne County standout Quentin Bivens and Northwest Mississippi Community College All-American Hal Northern. Linebacker is the most pressing need for Ole Miss with leading tackler DeMarquis Gates out of eligibility, and the Rebels are set to sign a pair in Vestavia Hills (Alabama) product Jonathan Hess and Hillcrest (Tuscaloosa, Alabama) standout Jacquez Jones. 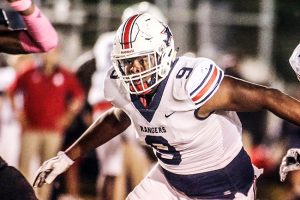 Northwest Mississippi Community College defensive tackle Hal Northern is one of at least 10 players expected to sign with Ole Miss on Wednesday during the early signing period, which will run through Friday. (NWCC Sports Information)

The best-case scenario for Ole Miss during the early period would be for Dasher and Cunningham to join the other signees, ink another junior college linebacker in Coahoma Community College standout Davion Taylor, a consensus four-star prospect who recently visited Ole Miss, and have other top targets follow Corral’s lead in signing with the Rebels. Worst case would be losing out on those targets while having some commits flip and sign with another school, but Russell Johnson said he doesn’t see that happening.

“I’m expecting a lot less drama than you see in your typical signing period when it comes to Ole Miss,” Russell said. “Basically everybody who is expected to sign early is going to sign early.”

Other commitments that intend to sign Wednesday are Madison Central safety Cameron White, Oxbridge Academy (West Palm Beach, Florida) defensive back Keidron Smith and Jones County Junior College running back Scottie Phillips, a player David Johnson said could provide “some immediate help” at a position that’s losing 1,000-yard rusher Jordan Wilkins and could be without D’Vaughn Pennamon for a length of time after the sophomore dislocated his knee last month.

Ole Miss’ class ranks 61st nationally and last in the SEC, according to the 247Sports composite — not a surprise given the uncertainty of the school’s long-running NCAA investigation that wasn’t ruled on until Dec. 1. The Rebels were docked four scholarships in the current academic year as part of the scholarship penalties doled out, leaving Ole Miss to sign a maximum of 21 players in this year’s class.

Ole Miss, which is a combined 11-13 on the field the last two seasons, could sign more than half of those players this week as the Rebels work on filling their allotment come February, Russell Johnson said.

“I see them signing 21,” Russell said. “They’ve got far too many needs to mess around and leave any (scholarships) open.”