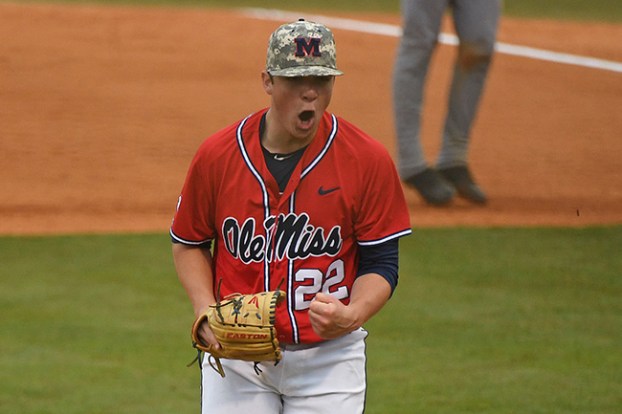 The award is presented annually to the nation’s top college baseball player. Rolison is one of 55 players, including 15 from the Southeastern Conference, on the preseason watch list.

He’s the first Ole Miss player since Christian Trent in 2015 to be named to the award’s watch list.

Widely considered one of the top prospects for this summer’s Major League Baseball First-Year Player Draft, Rolison will begin the season at the top of the Rebels’ rotation after earning freshman All-America honors a season ago. The 6-foot-3, 205-pound left-hander started his first season with the Rebels in the bullpen before eventually moving into the rotation, going 6-3 with a 3.06 earned run average and 64 strikeouts in 61 2/3 innings of work.

The watch list will be whittled down to three finalists in June. The Golden Spikes Award winner will be announced on June 28.

Is Ole Miss capable of halting slide down the stretch in improved SEC?

Terence Davis was among those who bought in to Ole Miss’ blend of experience and talent before the season started,... read more