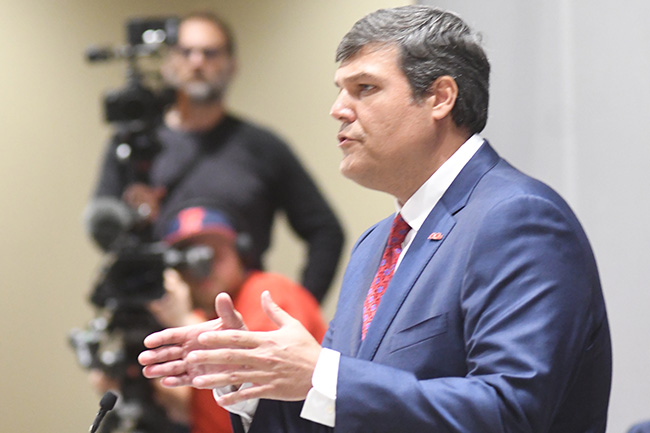 Head coach Matt Luke and Ole Miss’ player representatives will take their turn in front of the microphones July 17. The four-day event will be held July 16-20 at the College Football Hall of Fame in Atlanta — the first time it’s been held outside of Birmingham, Alabama since 1985.

The league announced the media days schedule Thursday. TV information and each school’s player representatives will be announced at a later date.

Georgia, Arkansas and Florida will join Ole Miss in making their appearances July 17. LSU, Texas A&M and Kentucky will kick off the event July 16.