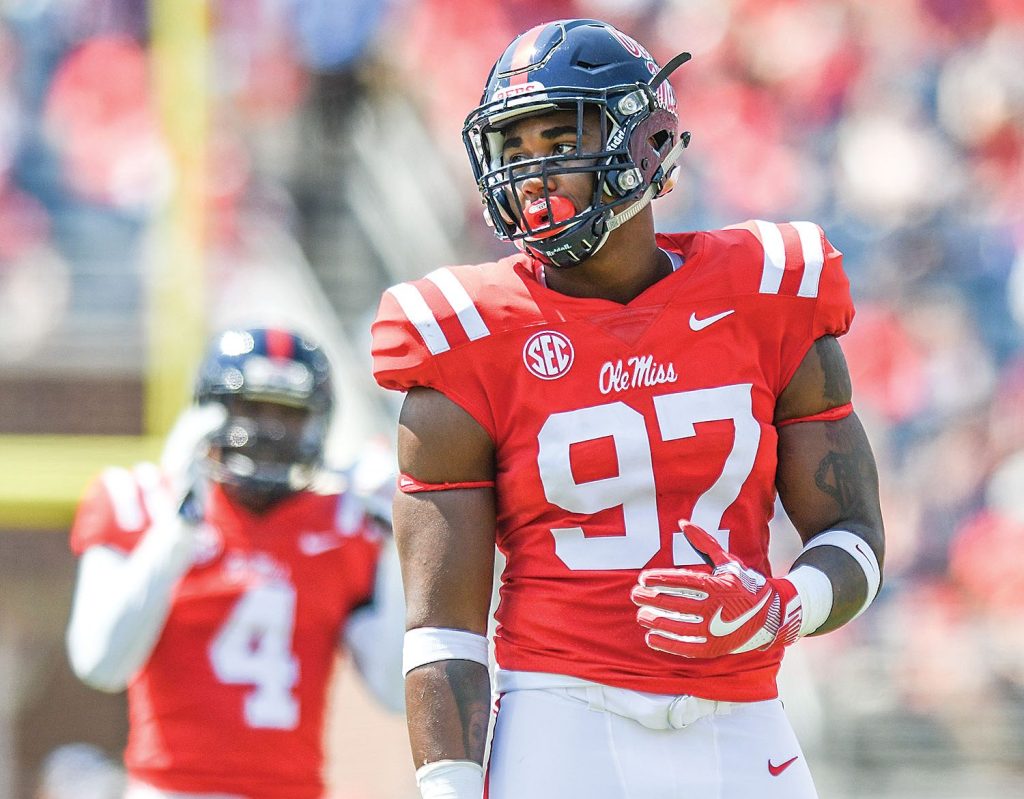 Editor’s note: This is the fifth of a seven-part series previewing each position for Ole Miss heading into spring football practice, which begins Tuesday.

For the first time in five springs, one of the most recently recognizable faces of Ole Miss’ program won’t be around.

Marquis Haynes made a living coming off the edge in Oxford the last four years, but the Rebels’ former rush specialist is out of eligibility and preparing for this year’s NFL Draft. Replacing that production may be the biggest storyline for an Ole Miss defensive line that also has to replace the versatility of fellow draft hopeful Breeland Speaks, who bypassed his senior season after a productive year at strongside end.

Haynes, who ranks third on the school’s all-time sack list, and Speaks accounted for 14.5 of Ole Miss’ 29 sacks a season ago with no other player recording more than 3.5. Senior Victor Evans and junior Qaadir Sheppard are back as the favorites to take over at those positions given they’re able to stay healthy.

Injuries cut their seasons short a year ago. Evans finished with 18 tackles and five tackles for loss in eight games while Sheppard, whom coaches touted as the Rebels’ best bet for a secondary rush option heading into last season, played just three games before a knee injury sidelined him. Ole Miss will look for former junior college transfer Markel Winters to take the next step after finishing with five tackles in limited action a season ago.

Another player the Rebels may rely on to help apply pressure is sophomore Ryder Anderson. An ideal frame for a rush end at 6-6 and 244 pounds, the rangy Anderson showed flashes last season in a reserve role, finishing with 1.5 sacks and 1.5 tackles for loss.

The most proven playmakers left on the line are on the interior in nose tackle Benito Jones and junior Josiah Coatney. The 6-foot-2, 315-pound Jones, a two-year starter, had 29 tackles and 7.5 tackles for loss a season ago while Coatney will look to build on a breakout season in which he became one of the Rebels’ most disruptive presences up front.

Coatney, at 6-4 and 302 pounds, used a blend of strength and quickness to rack up 65 tackles, an unusually high number for an interior lineman. That combination served him well once he got into opponents’ backfields as he finished with eight tackles for loss and 3.5 sacks.

One of the six linemen Ole Miss signed this year will join the competition this spring in junior college tackle Hal Northern. The 6-1, 295-pound Northern is built similarly to Jones and had 32 tackles, 15.5 tackles for loss and 7.5 sacks last season at Northwest Mississippi Community College.

Ross Donnelly, Austrian Robinson, Shawn Curtis and Charles Wiley, who could play inside or out, are back after filling reserve roles a season ago while redshirt freshman Sincere David could provide additional depth on the interior.

Lafayette’s Sherman to step down as boys’ HC, retire