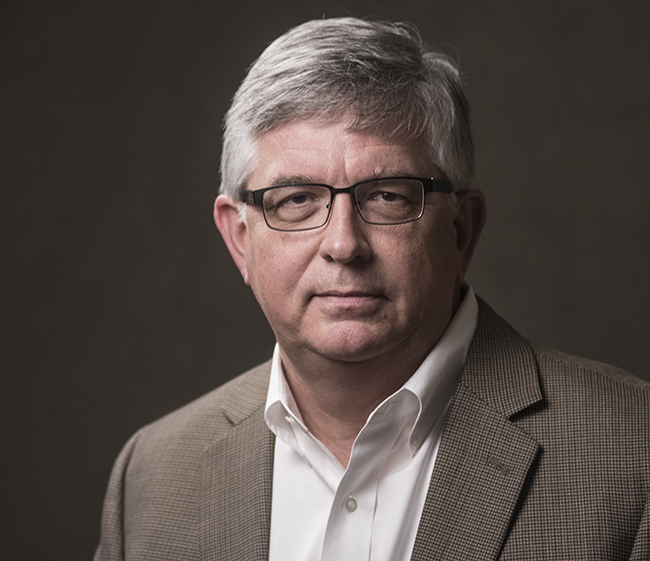 Editor’s Note: Inside today’s EAGLE is the debut of a new content approach, Faces of Oxford. This story, those in the magazine, and others we will do in 2018 across all Oxford Newsmedia platforms, will profile the many different people across Oxford, Lafayette County and Ole Miss who are an integral part of the community. Some names you will know, others you will learn, but all of them are among the diverse and talented Faces of Oxford, making a difference each day.

The moment FNB Oxford Bank President and CEO Johnny Barrett sits across the table, we start talking basketball. He’s got season tickets at The Pavilion at Ole Miss, and we talk about the open head coaching job, returning talent and how the arena will emerge as among the hottest spots in college basketball in the coming years.

Eventually, the conversation shifts to baseball. He rattles off the names of Oxford sophomores and others on the Rebel team off to a hot start this season, noting that a little experience makes all the difference.

“(Grae) Kessinger and (Thomas) Dillard are hitting the ball,” he says. “Cole Zabowski is stronger. We’ve got the offense to go with pitching.”

If Barrett sounds a bit like a coach, that’s because he was torn years ago about which way to go in life professionally – banking or coaching. The son of a school administrator who grew up in Macon, Mississippi, Barrett was an athlete who enjoyed the organization and team aspects of sports. When asked if he would have coached basketball, he smiles.

“Any of them,” he says, referring to all the sports. “I loved them all.”

As the leader of Oxford’s largest community bank, it’s easy to see that his style most resembles a coach, because he enjoys building upon a family and team atmosphere among 70 employees at FNB, with banks in Oxford and Tupelo and some $300 million in assets.

“FNB is special because it’s multi-generational,” says Barrett, in his 20th year leading the bank. “We started in 1910 and our longest tenured employee, Carolyn Faust, has worked with us now for 51 years. We have several with 40 years, several with 30 and that blends well with the new talent we’re able to recruit.

“There’s a lot of knowledge in the bank, including some who have retired in recent years (who played a significant role in growth),” he says. “There’s a saying, ‘do no harm.’ I’m just fortunate to have this type of team that wants to serve customers and continue to grow and we do it together.”

Serving customers means utilizing the traditional friendly service attributes of community banking and the latest technology, like FNB’s ITM’s (interactive teller machines). The bank’s video tellers – one at the main branch, at the renovated medical center branch and another at the FNB branch in Tupelo – are open 7 a.m. to 7 p.m., allowing customers to engage with a live teller for extended hours.

“We were among the first in Mississippi to deploy that technology,” Barrett says. “We want to serve customers well and treat them well, and we can offer the products and technology that they can get from a big bank, with the personal service of a community bank that has been here since 1910.”

Barrett is a graduate of Ole Miss, having opted for banking over coaching because of experience he got working at a hometown bank in Macon starting at the age of 19. It was the late 1970s, but Barrett was one of the bank’s first student employees even though it was part-time work. He also got experience as a teller.

After Ole Miss, Barrett became a bank examiner but knew community banking is where he wanted to be. He joined a bank in Jackson in 1982, the same year he married wife Ev, a project coordinator at Ole Miss in the College of Liberal Arts. The couple returned to Oxford in 1995 and Barrett was asked to lead FNB (then named First National Bank) two years later.

“I always wanted to be at a community bank because you are closer to customers, you know all the employees, and you can have more of an active role in making a positive impact in the community,” Barrett says.