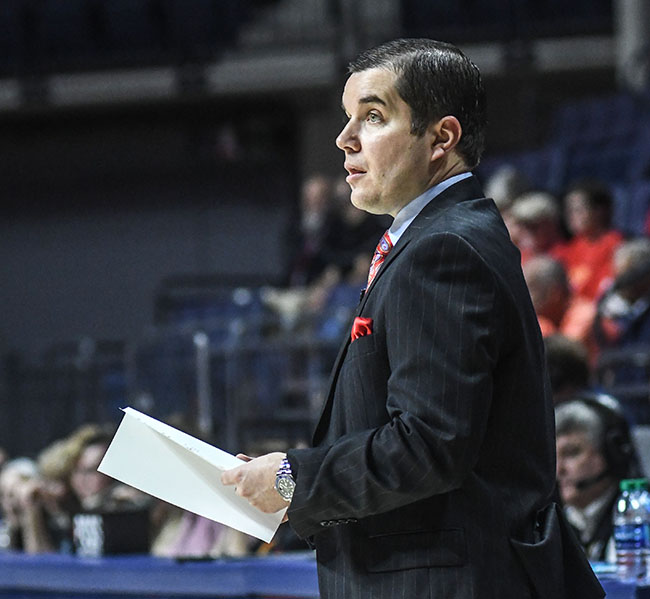 Both of Ole Miss’ basketball programs are now in the market for a coach.

In what the school called a mutual agreement to part ways, Ole Miss fired women’s coach Matt Insell on Friday. The move comes a day after the Rebels finished the worst season in the SEC with a second-round exit from the league tournament Thursday.

The school announced it will begin a nationwide search for Insell’s replacement. Insell had three years remaining on his contract after receiving an extension after last season.

“Ole Miss women’s basketball has a deep history of success, and we will search the nation for the best coach,” Ole Miss athletic director Ross Bjork said in a statement. “We have a great foundation in place, and I know we can compete at the highest level.”

Insell went 70-87 in five years as the Rebels’ coach with a pair of Women’s National Invitation Tournament appearances despite taking over a program mired in sanctions stemming from an NCAA investigation prior to Insell’s arrival. But steady improvement was hard to come by with the Rebels turning in their worst showing under Insell this season.

Ole Miss went 12-19 with a 1-15 mark in SEC play to finish last in the league, the Rebels’ worst SEC record of Insell’s tenure. The Rebels lost 13 straight games at one point — the longest skid in program history — and finished the season losing 14 of their final 15 games.

The Rebels’ best season under Insell was the 2014-15 campaign when Ole Miss won 19 games and advanced to the third round of the WNIT, but Ole Miss followed that up with a 10-win season and a last-place finish in the SEC in 2016. Ole Miss won 17 games last season to get back to the WNIT before getting bounced in the first round.

Ole Miss finished last in the SEC three times under Insell, whose teams won just 23 percent (18-62) of their league games. It’s the latest struggle for a program that’s been to 17 NCAA Tournaments, 10 Sweet 16s and five Elite Eights but hasn’t been dancing since 2007.

“Coach Insell inherited a very difficult situation in 2013, and we appreciate his focus and hard work over the last five years,” Bjork said. “In our final analysis, Coach Insell and I agreed that the program needs new leadership. Coach Insell will be a coach for a long time in the future, and we wish him the best as he moves forward.”