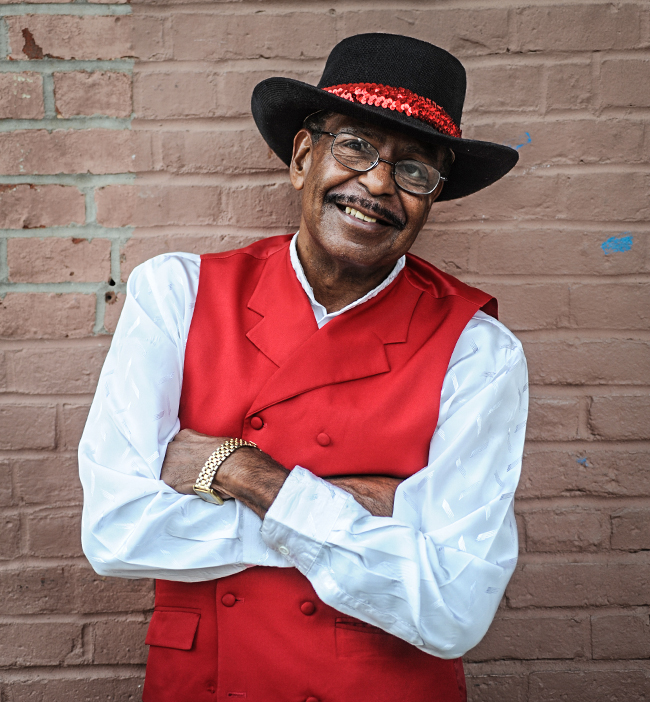 As a cobbler Herbert Wiley kept people walking. As a musician, he kept them dancing.

Wiley was born in Oxford in 1942 to Edna and William Russell Wiley. They lived next door to W.R. Boles, a cobbler, who passed on his trade to Wiley’s father who eventually took over W.R. Boles Shoe Repair business. Wiley would take over the business from his father in 1969.

When Wiley was 14 years old, he got his first guitar and taught himself how to play.

After high school, he attended Rust College where he studied music and learned to play the trumpet and piano and sang in the school choir.

In 1963, he and Samuel Torrance, the band director at the Oxford Training School, joined the band, The Checkmates. Wiley was soon leading the band on shows in Memphis bars like Club Paradise and at North Mississippi juke-joints like the Dugout in New Albany, Big Willie’s Blue Room in Batesville and the Backwater Inn outside Oxford.

By the start of the ’70s, the Checkmates were touring the Southeast. Under the name “Bob and Sam and the Soul Men,” the Checkmates released the instrumental single “Mississippi Mud” with Herbert playing bass. Soul legend Percy Sledge hired the Checkmates as the house band on a revue-style tour that traveled north from Memphis to Chicago. In Chicago, the band played behind Hi Records artists Otis Clay and Syl Johnson.

However, the family life called Wiley home. He married Lena Washington, and they raised four children. While the couple eventually divorced, Wiley said in a 2007 interview that they remained “good friends.”

In 2002, with the help of George Sheldon who opened the Longshot Bar next to Wiley’s shoe shop, the Checkmates reformed and played in local clubs, at many Oxford wedding receptions and other events. Wiley sold the shoe repair business in 2003 and continued to pursue his music.

While Wiley is well-known for his music, his expertise as a cobbler was equally appreciated by Oxonians.

“When you have a habit of buying expensive Italian shoes, you get know your shoe guy pretty well,” said Oxford resident, Dion Kevin. “The music was pretty awesome, and he was a master cobbler.”