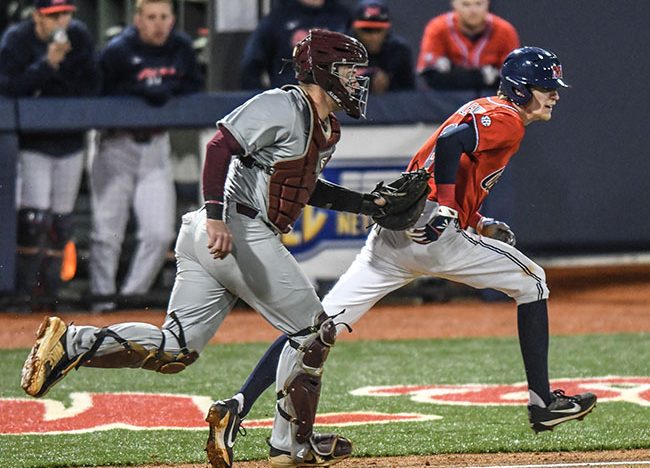 The ninth-ranked Rebels will start their home series against Eastern Illinois with a doubleheader Friday because of rain in the forecast Saturday. The first game at Oxford-University Stadium will start at 3 p.m. with the second game to begin approximately 45 minutes after the conclusion of the first.

The teams are scheduled to wrap up the series Sunday at 1:30 p.m.

Ole Miss (12-1) took two of three from Tulane and Long Beach State the last two weekends in series that were each postponed by rain. The Rebels enter the weekend on a four-game winning streak.

Eastern Illinois (5-5), picked by league coaches to finish eighth in the Ohio Valley Conference in the preseason, was swept by Georgia State last weekend.

Anyone who purchased a Saturday individual game ticket, may come to the Swayze box office to exchange for a Friday doubleheader ticket. https://t.co/jDFLmexdhn