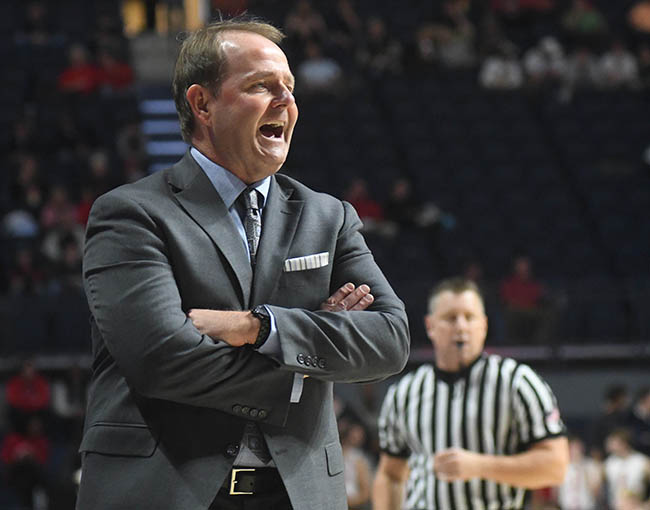 Ole Miss on Thursday ushered in a new era in men’s basketball with the hiring of Kermit Davis.

Davis, who takes over for the school’s all-time winningest coach in Andy Kennedy, spent the previous 16 years at Middle Tennessee State, building the Blue Raiders into one of the nation’s top mid-major programs. Davis went 332-187 at MTSU and led the Blue Raiders to five regular-season conference championships and three NCAA Tournaments, the most recent trip coming in 2017.

Here are five things to know about the Rebels’ new coach:

Coming to Ole Miss means a return to where it all started for Davis, a Mississippi native who grew up in Leakesville and played at Mississippi State. Davis’ first college coaching job came as a graduate assistant for the Bulldogs during the 1983-84 season before he got his first crack as a head coach at Southwest Mississippi Community College in Summit.

His father, Kermit Sr., coached Mississippi State in the 1970s.

Veteran in the game

Davis’ coaching career spans more than three decades and eight stops, including two stints as the head coach at Idaho (1988-90; 1996-97) and a cup of coffee as Texas A&M’s coach during the 1990-91 season. Other stops as an assistant have included Chipola Junior College (one season as the head coach), Utah State and LSU.

Davis won a pair of Big Sky regular-season and tournament championships during his first stint at Idaho and has earned Coach of the Year honors in three different conferences (Big Sky, Sun Belt, Conference USA).

Davis resigned after his only season at Texas A&M because of recruiting violations involving former Syracuse transfer Tony Scott that resulted in sanctions for the school and a two-year show-cause penalty for Davis, who, at 30 years old, was the youngest Division I coach at the time.

Davis ended up at Chipola JC before returning to the Division I level as an assistant at Utah State in 1996. He went on to spend five seasons on John Brady’s staff at LSU before MTSU made him their head coach in 2002. Davis hasn’t had any run-ins with the NCAA since.

MTSU’s rise under Davis was due in large part to an amoeba 1-3-1 half-court defense, which is designed to use his players’ length and athleticism to trap ballhandlers once they cross half court and force lob passes over the top of the zone, making it more difficult for teams to get into their half-court sets and avoid turnovers. Davis goes into further detail about his defense in this video.

In order to beef up a slate that was usually light in terms of Conference USA competition, MTSU often scheduled games against Power Five programs in the non-conference under Davis. And the Blue Raiders usually won them.

Teams such as UCLA, Cincinnati, Southern Cal, Miami, Florida, Vanderbilt, Auburn and Ole Miss have appeared on the Blue Raiders’ schedule the last handful of years. Of course, the Blue Raiders sent shockwaves through the college basketball world in the 2016 NCAA Tournament with their 15-2 upset of perennial power Michigan State before following it up with a win over fifth-seeded Minnesota in last year’s tournament.

One of MTSU’s seven losses this season came against Auburn — the Blue Raiders’ only loss in their last eight games against SEC and Big Ten competition — but Ole Miss knows about Davis’ success against high-major programs as well as anybody. MTSU has won the last four meetings between the teams, including a 15-point victory in Oxford last season and a 19-point throttling in Murfreesboro back in December.