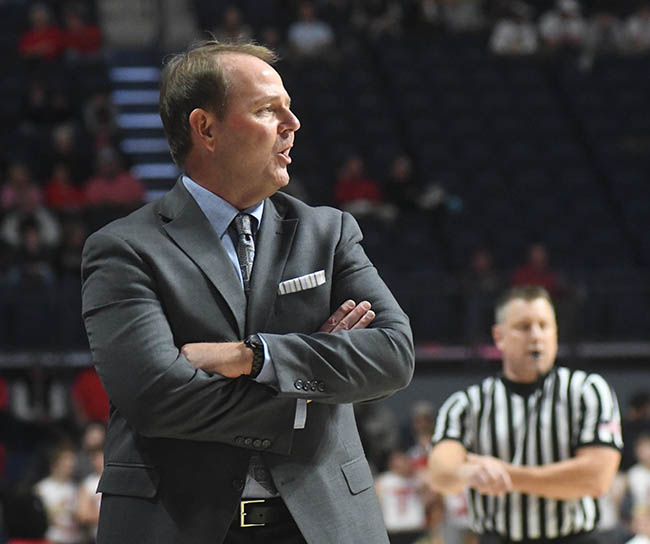 Kermit Davis got his start in college coaching at one of Mississippi’s SEC programs. Now he’s returning to his home state to take over the other one.

Ole Miss has hired Davis as its men’s basketball coach. Davis, who’s spent the last 16 seasons at Middle Tennessee State, replaces the program’s all-time winningest coach in Andy Kennedy, whose 12-year tenure ended with his resignation in February amid the Rebels’ first losing season since 2006.

The school’s official announcement Thursday came just a day after multiple reports surfaced that Davis was Ole Miss’ choice. Davis had long been linked to the job given his combination of ties to Mississippi and work in turning MTSU into one of the nation’s premier mid-major programs. The 58-year-old Davis led the Blue Raiders to six postseason appearances in his last nine seasons at the helm, including three trips to the NCAA Tournament.

“After assessing the entire landscape of college basketball and speaking to basketball experts across the country to determine the greatest fit for Ole Miss basketball, the answer was clear — Kermit Davis is the best coach and best leader to take our program to the next level in the SEC and NCAA,” Ole Miss athletic director Ross Bjork said in a statement. “Combining his brand of play and his proven ability to build a model basketball program, Coach Davis has established himself as a leader and winner in college basketball.”

MTSU averaged more than 25 wins the last seven seasons under Davis, who coached the Blue Raiders since 2002. MTSU won back-to-back Sun Belt Conference Eastern Division titles in 2012 and 2013 before making the move to Conference USA, where the Blue Raiders have shared or outright won three of the last five regular-season championships.

The Blue Raiders went 16-2 in C-USA play this season for their latest regular-season title but were upset by Southern Miss in the conference tournament semifinals. The loss sent MTSU to the NIT, where the Blue Raiders pummeled Vermont 91-64 on Tuesday to set up a second-round matchup with Louisville on Sunday.

Davis will be publicly introduced as Ole Miss’ coach Monday at 5:30 p.m. at The Pavilion.

“I’m incredibly honored and excited to be the basketball coach at the University of Mississippi,” Davis said in a statement. “We are extremely grateful to Chancellor (Jeffrey) Vitter and Ross for giving me the opportunity to lead such a prestigious program in the best basketball league in America. Coming back to my home state of Mississippi to build a national brand is absolutely a dream come true for us.”

MTSU danced past the first round of the NCAA Tournament each of the last two years by pulling off some of the tournament’s biggest upsets. The Blue Raiders became just the eighth 15 seed to ever topple a 2 seed when they shocked Michigan State in 2016 before knocking off Minnesota as a 12 seed last year.

The Blue Raiders made a habit of success against Power Five competition under Davis with a 7-1 record against SEC and Big Ten opponents since 2015. Davis, who’s also had brief head coaching stints at Texas A&M and Idaho, won 64.2 percent of his games at MTSU.