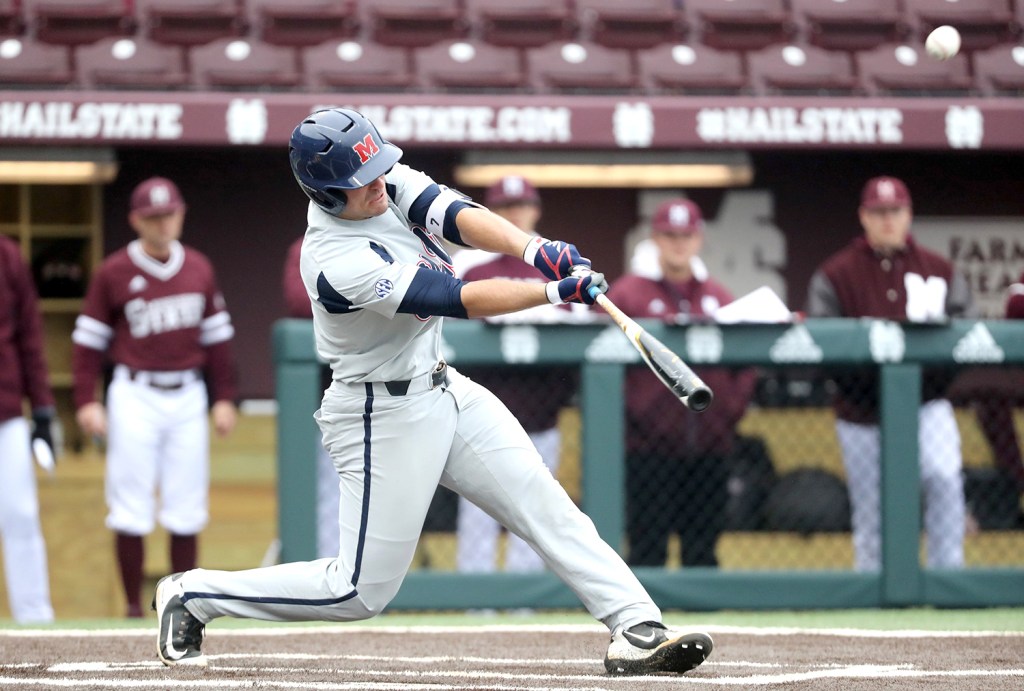 The Bulldogs needed just five innings to match that Saturday.

MSU used the early onslaught to run away from No. 3 Ole Miss for a 13-3 win in the series opener at Dudy Noble Field. The teams will play the second game of a doubleheader at approximately 3:45 p.m. after Friday’s game was postponed because of inclement weather.

Last in the SEC in average coming in (.256), MSU (16-15, 3-7 SEC) knocked around right-hander Brady Feigl and the rest of an Ole Miss pitching staff that entered the weekend tops in the league in earned run average. The Bulldogs finished with 14 hits, four of those going for extra bases.

Nick Fortes gave Ole Miss (26-5, 6-4) a 2-0 lead three batters in against MSU left-hander Konnor Pilkington with an opposite-field home run, but the Bulldogs got plenty of help from Ole Miss to quickly erase the deficit before taking control with an eight-run third.

In his first series-opening start after Ole Miss coach Mike Bianco reshuffled the rotation earlier in the week, Feigl (6-2) again struggled with his command in his shortest outing of the season. The right-hander gave up a season-high eight runs on five hits while striking out two and walking two.

Feigl also hit a batter and uncorked three wild pitches before being chased with one out in the third. Two of Ole Miss’ three errors also helped the Bulldogs plate three unearned runs in taking a 10-2 lead through their first three at-bats on their way to handing Ole Miss its worst loss of the season.

Thomas Dillard hit safely for the 20th time in 21 games with an RBI single in the sixth.