Will Stokes’ relief helps No. 11 Ole Miss even series with No. 23 Georgia 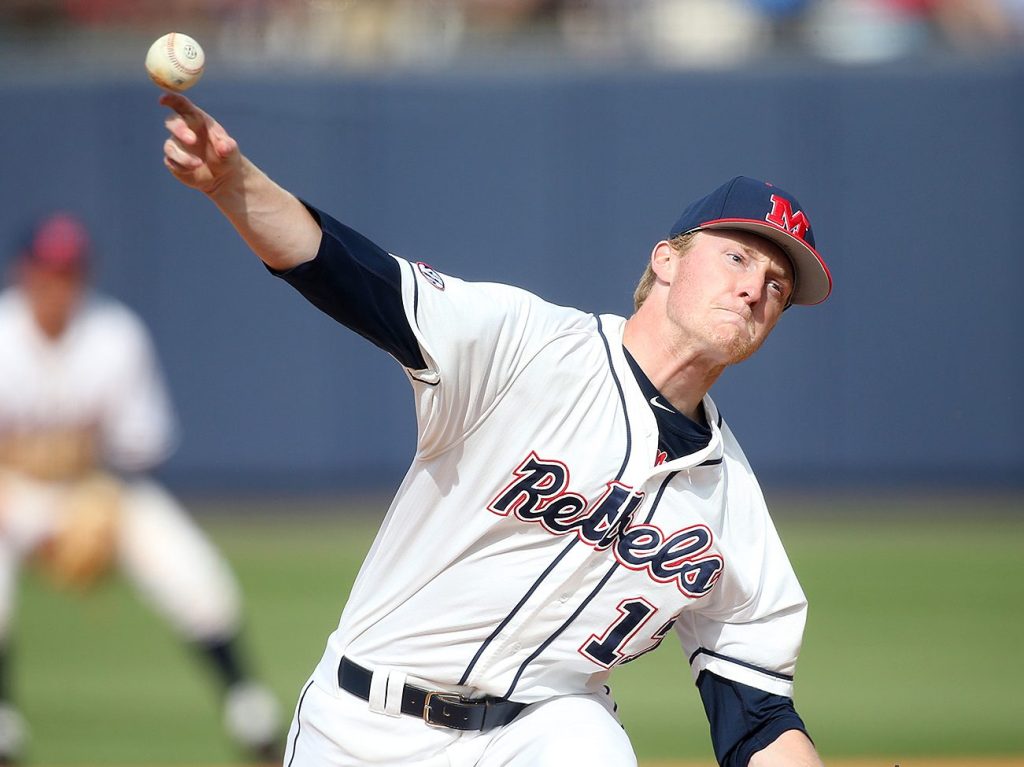 Ole Miss' Will Stokes pitches against Georgia in the first game of a doubleheader Saturday, April 21, 2018, at Oxford-University Stadium. The Rebels won 8-4. (Petre Thomas/Ole Miss Athletics)

Will Stokes put together nearly four innings of strong relief while Ole Miss’ offense bounced back, and the 11th-ranked Rebels evened their series with No. 23 Georgia with an 8-4 win in the first game of a doubleheader Saturday at Oxford-University Stadium.

Having coughed up five leads in Ole Miss’ previous three SEC losses before allowing the go-ahead run in Friday’s 3-2 series-opening loss, the bullpen desperately needed a pick-me-up. Stokes provided it with his longest outing of the season, allowing one run on two hits while striking out four in 3 2/3 innings to help the Rebels (31-8, 9-8 SEC) end their three-game SEC losing streak.

Brady Feigl left with a 5-3 lead after Ole Miss broke out for a four-spot in the bottom of the fifth on an RBI double from Grae Kessinger and RBI knocks from Ryan Olenek and Tyler Keenan. Olenek went 2-for-5 for his 14th multi-hit game during his 18-game hitting streak while Keenan added a sacrifice fly in the fourth to finish with three RBIs.

Will Golsan also drove in two runs for the Rebels, who had five of their nine hits with runners in scoring position after being held to a season-low in runs Friday.

Feigl (7-2) kept Georgia (27-12, 10-7) scoreless before Aaron Schunk took the right-hander deep for a solo shot in the fourth. Feigl worked around three walks to allow two earned runs on seven hits with one strikeout before Adam Sasser’s one-out RBI single in the sixth ended his day.

Stokes came on and worked around a walk to keep the Bulldogs from cutting further into the lead. Stokes, who came in to the weekend with a 7.24 earned run average in 12 appearances spanning 13 2/3 innings, allowed Tucker Bradley’s RBI single in the ninth but induced a game-inning groundout to strand two more. The senior has allowed just one run on three hits with six strikeouts in his last 5 1/3 innings.

Thornberry cards a third round 69, creeps up North…