What is Ole Miss’ pitching plan for the SEC Tournament championship game? 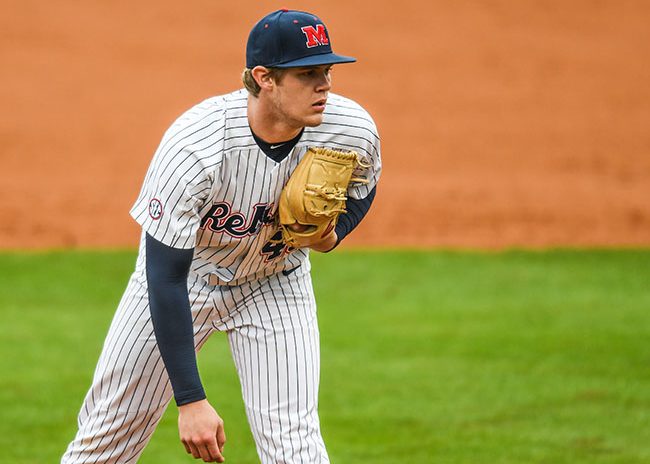 HOOVER, Ala. — If Ole Miss is going to win its first SEC Tournament championship in more than a decade, the Rebels may have to do it by committee on the mound.

With their 2-1 semifinal win over Texas A&M on Saturday, the Rebels will play for the tournament title Sunday at 2 p.m. against either LSU. But the Rebels, who have won three straight elimination games after losing their tournament opener to Auburn on Wednesday, have used each of their weekend starters as well as their midweek starter to get to this point.

Ole Miss coach Mike Bianco will start with Oxford native Houston Roth, the only other pitcher on the roster that’s done so this season. Roth (5-0, 4.75 earned run average) started seven midweek games before being moved to the bullpen in favor of freshman Jordan Fowler, who twirled six scoreless innings Saturday.

Roth hasn’t allowed more than four earned runs in a start but hasn’t gone deeper than five innings in any of them. He allowed four earned runs on four hits in just 1 ⅔ innings his last time out Wednesday.

Starting Roth gives Ole Miss one less arm out of the bullpen. Will Ethridge won’t be available after getting the final nine outs Saturday while freshman Max Cioffi may or may not be after throwing a season-high 56 pitches in three innings Friday in the Rebels’ victorious rematch against Auburn.

But should the Rebels need relief in the early-to-mid innings, there are some viable options out of a bullpen that’s been saved as much as possible for a team set to play its fifth game in five days thanks to a group of starters that have eaten up innings. Fowler, Ryan Rolison, Brady Feigl and James McArthur each pitched at least into the sixth and combined for a 1.08 earned run average this week.

“You have to do that,” Bianco said. “If you go back and look, the teams that usually have success here are the teams that can put a lot of zeros on the board and pitch out of the bullpen. We’ve been really good on the mound.”

Greer Holston (3.52 ERA in 22 appearances) would be one of the first options after throwing just eight pitches in his only tournament appearance Wednesday. Senior Will Stokes (7.01 ERA in 21 ⅔ innings) has yet to pitch in the tournament.

Should the Rebels find themselves in a close game in the later innings, Parker Caracci, who threw the final 3 ⅓ innings Thursday against Georgia, will be available again after two days off. Austin Miller needed just 10 pitches to close out Ole Miss’ win over Auburn on Friday and could go again while Connor Green would be another option.

There’s even the possibility that Rolison throws an inning or two if the game is tight. Rolison threw 86 pitches in 6 ⅓ innings in the opener Wednesday and has never pitched on fewer than six days of rest.

Would Bianco really make Rolison available with the Rebels’ left-handed ace set to start a regional opener Friday? The Rebels haven’t won the SEC Tournament since 2006.