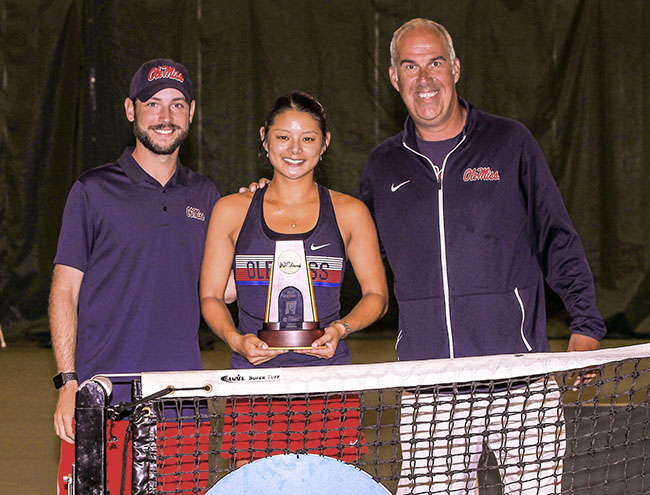 Hartono was the first Ole Miss player to ever play for a national championship after rallying from a set down and saving a pair of second-set match points Sunday against Pepperdine’s Mayar Sherif before winning a third-set tiebreaker to snap Sherif’s 18-match winning streak and advance to the championship match. Hartono’s last three wins came against Pepperdine players.

The women’s SEC Player of the Year, Hartono finished the season 37-6 and capped her career with 17 straight victories.

Former Oxford trio will try to punch their ticket…