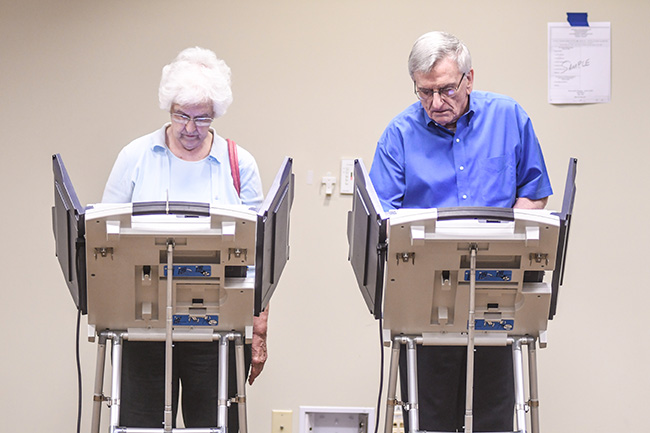 While one race — the Democratic primary — is set for a runoff in Mississippi, Lafayette County has spoken in its choice for party nominees in the Democratic and Republican primary elections for the Class 1 U.S. Senate seat.

Incumbent U.S. Senator Roger Wicker is the winner in the Lafayette County Republican primary, according to election results released by the Associated Press. Wicker defeated challenger Richard Boyanton with 84.29 percent of the vote in the county.

Wicker has also been named the winner of the state-wide Republican primary by the Associated Press and is expected to advance to the Nov. 6, 2018, general election.

With 82 percent of all precincts in the state reporting, Baria and Sherman are locked in a tight race where Sherman holds 0.62 percent advantage. At 9:33 p.m., the Associated Press projected that the two Democrats will participate in a runoff election on June 26.