Chargers using summer to ‘turn the page’ on disappointing season 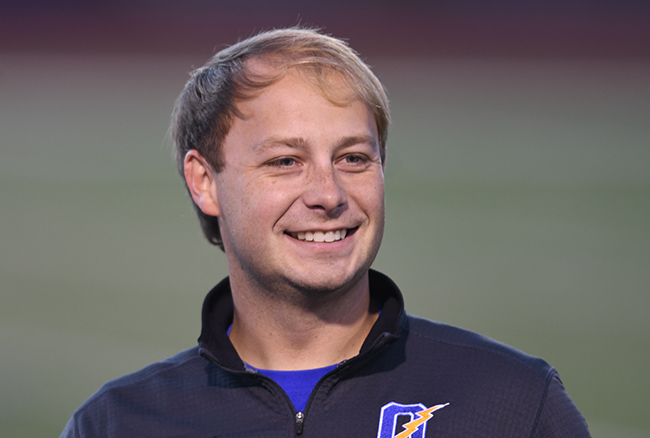 It has been four months since Oxford was eliminated in the first round of the Class 6A playoffs by Madison Central.

The sting of that premature exit, ending a bid for a third consecutive state championship, still exists. It is going away slowly though as the Chargers are getting to work on the 2018-19 season in advance.

Summer workouts have been intense for Oxford as they prepare for their second run through the 6A ranks against some of the top teams in the state.

“I’ve got 18 to 25 (players) at workouts everyday,” Oxford coach Hunter Crane said. “I think that’s part of it. That kind of drives all of them, that we kind of let one slip away there. That we probably should’ve taken care of business and stuff. You see a little pep in their step. …it’s time to turn the page and move on.”

If there is not a game to be played the Chargers are hitting the weight room every Monday, Wednesday and Friday at 8 a.m. Each Monday night there is indoor soccer being played at FNC Park from 5-6:30 p.m.

Oxford is in the midst of their summer schedule. They have already played four of their slated 10 games between June and July. The biggest game on the schedule takes place next Thursday when Oxford hosts Northwest Rankin in what could be another postseason preview.

The motivation to not have a repeat postseason performance is evident by every player on the roster. That includes standout Morgan O’Connor. The rising senior — O’Connor committed to Ole Miss in April and will forgo her final high school season — has been a leader during the workouts and the games.

Another way Crane is taking advantage of having these couple months with his team is by replacing some unexpected, and key, losses. Anna Kate Trost and Avery Trealor transferred to Lafayette High School during the summer. Trost was Oxford’s starting goalkeeper and expected to continue that role her junior season.

Losing players every year is common place but when it is a loss that is not planned it can set a team back. Crane is making sure that does not happen.

“We’re going to miss both of those ladies. They were a big part of our program the past couple of years,” Crane said. “We’re blessed with lots of depth every year so we’re able to challenge a couple of others that maybe weren’t expecting to be challenged this early and they’ve responded.”