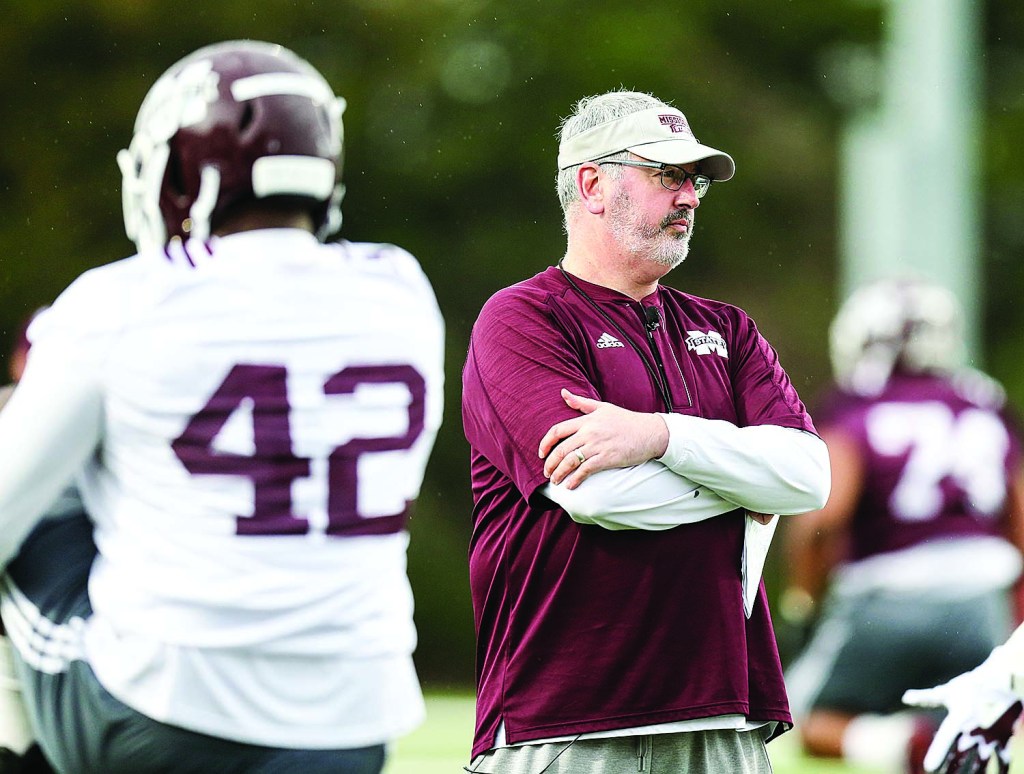 Mississippi State went from one offensive mind to another with the hiring of Joe Moorhead. (Kelly Price/MSU Athletic Communications)

EDITOR’S NOTE: This is the last in a 12-part series breaking down each of Ole Miss’ football opponents for the 2018 season.

Joe Moorhead oversaw some of the nation’s top offenses at Penn State. Now he’s in charge of it all at Mississippi State.

The Bulldogs are ushering in a new era under Moorhead, who will officially be introduced to the Egg Bowl when Mississippi State makes the trip to Oxford on Thanksgiving (6:30 p.m., ESPN) to renew the state’s most contentious rivalry. The road team has won the last three times in the series.

Moorhead replaces Dan Mullen, who left some big shoes to fill after a successful nine-year tenure in Starkville that included a 10-win season, two nine-win campaigns and a program-record eight straight bowl appearances before leaving for Florida in November. Mississippi State is going from one offensive mind to another in Moorhead, who served as Penn State’s offensive coordinator the past two seasons where his unit ranked in the top 50 nationally in yards and points in 2016 before vaulting into the top 25 in both categories last season, including the nation’s seventh-highest scoring offense.

Moorhead, who won 38 games in four seasons as the head coach at Fordham before his brief stint in Happy Valley, has a trigger man to lead his up-tempo spread attack in senior Nick Fitzgerald, one of just four SEC quarterbacks with more than 4,400 passing yards and 2,400 rushing yards in a career. The 6-foot-5, 230-pounder, who accounted for 2,766 yards and 29 touchdowns a season ago, is working his way back from a broken leg he suffered against Ole Miss last season. 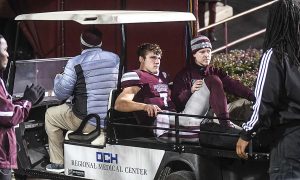 The SEC’s second-best rushing offense last season shouldn’t skip much of a beat with Fitzgerald and leading rusher Aeris Williams (1,107 yards, six TDs) back. The Bulldogs hope Moorhead’s influence can create a better semblance of balance after finishing last in the league in passing yards with no receiver catching more than 27 passes last fall, but some familiar targets are returning for Fitzgerald in leading receiver Jesse Jackson and Deddrick Thomas, who led the Bulldogs with four touchdown receptions.

To run the other side of the ball, Moorhead brought in former Vanderbilt, Penn State and Tennessee defensive coordinator Bob Shoop, who’s inheriting plenty of talent from what was one of the SEC’s stingier defenses last fall.

The Bulldogs return four of their top six tacklers from a unit that finished in the top 30 nationally in yards and points allowed, including safety and top tackler Mark McLaurin. Johnathan Abram and Jamal Peters will rejoin McLaurin in the secondary while Erroll Thompson, Leo Lewis and Willie Gay are back at linebacker. Converted linebacker Gerri Green returns to line up at defensive end opposite rush specialist Montez Sweat (10.5 sacks, 15.5 tackles for loss), who could again pair with tackle Jeffery Simmons (60 tackles, 12 tackles for loss) to form one of the SEC’s most disruptive line tandems this season.