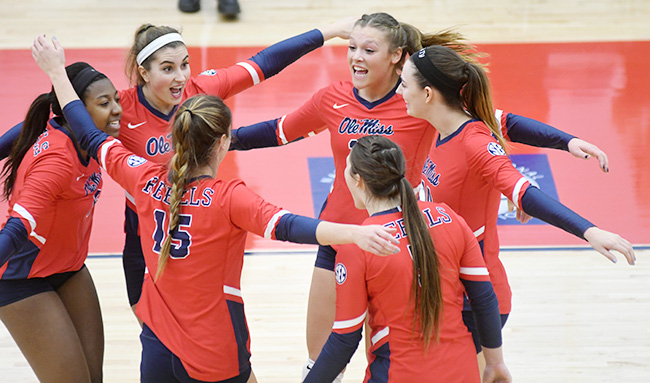 Ole Miss vs. West Virginia in the National Invitational Volleyball Championship at the Gillom Athletics Performance Center, in Oxford, Miss. on Saturday, December 9, 2017.

The Ole Miss volleyball team will hold its Red-Blue Scrimmage at the Gillom Athletics Performance Center on Aug. 18.

The scrimmage, which will start at 2 p.m., will conclude Fan Appreciation Day, which will include a Kids Clinic open to children ages 5-12 from 11 a.m. to noon. Volleyball 101 will also be hosted by head coach Steven McRoberts beginning at 12:30 p.m. to teach fans about the rules and positions of the game.

Ole Miss will begin practice Wednesday before opening the season in the Iowa State Invitational Aug. 24-25.