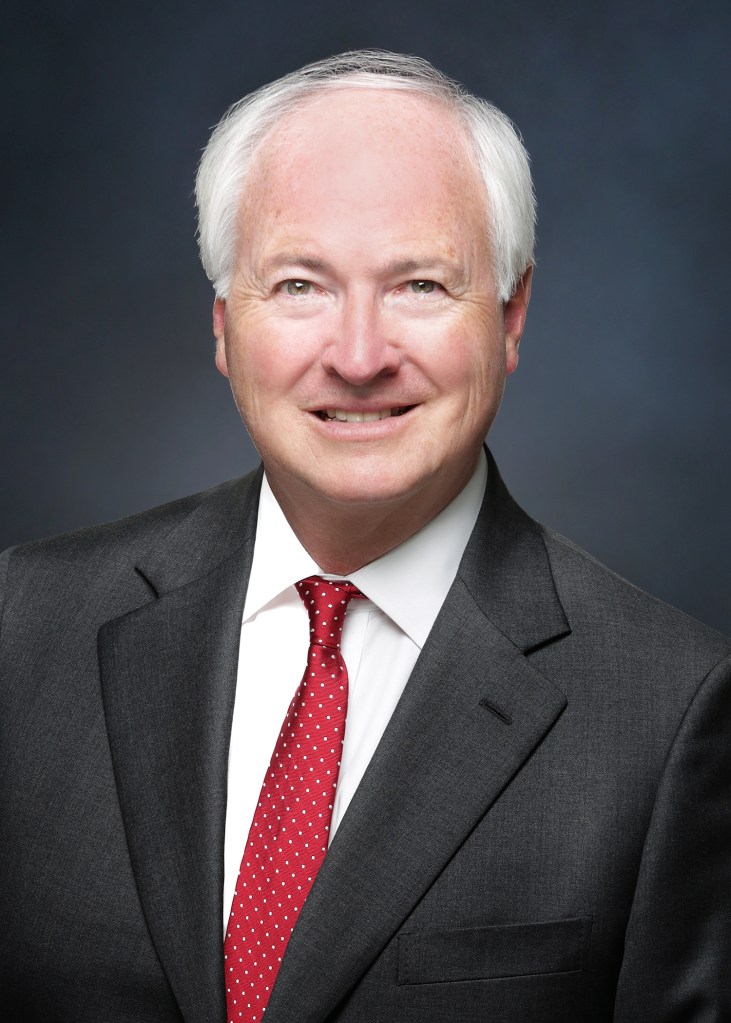 Mayo, who was installed as president in July during the association’s annual meeting, will serve as the public face of the AOA and give national and international talks to various medical boards and conventions throughout his year-long term.

The association aims to emphasize a whole-person approach to treatment and care, a statement from the AOA reads. Doctors of osteopathic medicine are physicians who practice in all areas of medicine from eye and orbit care, such as Mayo, to OBGYN, pediatrics and general physicians.

Mayo grew up in Drew, Miss. But spent a great deal of time in Oxford, eventually attending the University of Mississippi before he went to medical school at what is now the Kansas City University of Medicine and Biosciences.

“When I went to Kansas City, I had intended to go into family practice, but as a senior medical student I rotated through ophthalmology just to be a better family physician and fell in love with the specialty,” Mayo said. “To me, it combines the family practice, which is seeing the whole family from grandma to grandbaby and everyone in-between; seeing them on a recurring basis and having those relationships with them so that you can really know them holistically, and then also a microsurgical skill. … It kind of gave me the best of all worlds, and I still love it all these years later.”

After serving in the U.S. Navy, Mayo briefly worked in a practice in Greenville, Miss. Before moving to Oxford and opening a clinic in 1990.

“I have always had, and still do have, a deep and abiding love for Oxford,” Mayo said, adding that his family has been in Oxford since the early 1900s when Mayo’s maternal grandmother moved from Toccopola to Oxford.

Mayo maintained his practice until several years ago when he sold it to Dr. James Shipp. Now, Mayo works under Shipp at Mississippi Eye Consultants on South Lamar.

“(Dr. Shipp) has been a very good boss to allow me to do what I’m doing,” Mayo said.

As president of the AOA, Mayo said that the organization has two goals that they are focused on during his term as president. The largest, Mayo said, is streamlining the certification process for practicing physicians.

“In a traditional board certification, you take the initial exam and then every year, depending on the specialty, every six to ten years you take another high stakes examination to prove your ongoing competence,” Mayo said. “So, we are retooling that so that instead of that high stakes exam periodically, we are looking at a process where you can document ongoing education and ongoing competence on a regular basis.”

The retooling of the examination is in its early stages and will take between 18 to 24 months, far longer than Mayo’s presidential term, but that hasn’t reduced the importance of the goal.

“We do everything with the patient in mind, and this will allow doctors to spend more time treating patients than studying for another exam,” Mayo said.

The association also wants to change the membership model to accommodate younger doctors in a rapidly growing profession, Mayo said.

“We have roughly 140,000 DO’s (doctors of osteopathic medicine) and medical students. Roughly 54 percent of those are under the age of 45 and 47 percent of those under 45 are females,” Mayo said. “So when you look at that statistic, we need to have a membership model that meets our members at each part of their career.”

While Mayo’s AOA duties will take him around the world, he will still practice medicine and treat patients in Oxford.

“For somebody who grew up in Drew, Mississippi, a town of 2,800, to have this opportunity gives me pause. … But when I look at this, I believe with great opportunity comes great responsibility, so I believe you need to give back, and the osteopathic profession in the state of Mississippi has given me wonderful opportunities to go out and provide care for patients every day and to help them find health. So I think giving back is really important,” Mayo said.