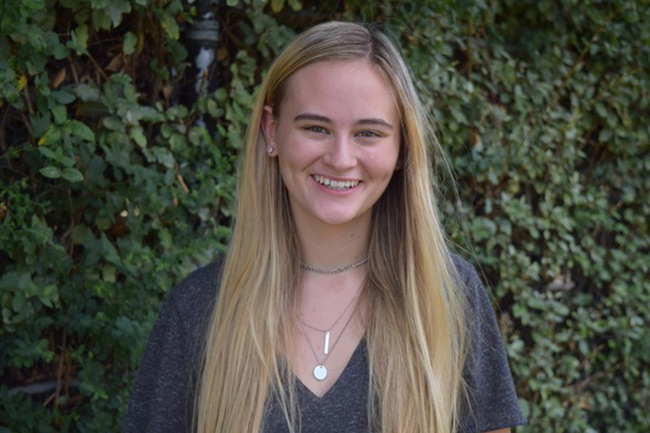 Murphey, a junior at OHS, is one of 30 students from across the United States that will serve as a page for a U.S. Senator in the upcoming legislative session.

“I’m so excited to see our government work firsthand. That is an experience that I am so grateful to have and one that not that many people ever get to have, especially people my age. So I’m really thankful for that opportunity. But also, I think I’m most excited about just being in DC and picking up the culture of our nation’s capital,” Murphey said.

The 16-year-old will relocate to Washington D.C. on Saturday and remain in the city until late January 2019, when her program ends. Previous, Murphey served as a page in the Mississippi Senate for Lt. Gov Tate Reeves in 2016 and  Thomas Reynolds in 2017.

Murphey initially applied to the U.S. Senate page program to serve under former-U.S. Senator Thad Cochran, who resigned in April citing his health. At the time, Murphey had already been accepted into the program and, without Cochran to serve as her program sponsor, was released.

However, in July, the office of U.S. Senator Roger Wicker called to ask Murphey to serve.

“They wanted to know if I was still interested,” Murphey said, “And I said, ‘oh my gosh, yes!’ It’s an opportunity that I thought had passed me by, but it just worked out in the end.”

Murphey’s time in D.C. will be filled with long days. She, along with her program peers, will attend school from 6:30 to 10:30 a.m. before heading to the U.S. Capitol to begin their duties around 11 a.m.

While the pages will usually be finished with work, and allowed to return to their dormitory – a converted funeral home located on Capitol Hill – at 5 p.m., late nights for the Senate will also mean a late night for the pages, who leave when the day’s session adjourns.

“If (the Senate adjourns) past 10 p.m., our school is delayed or if it is really late then we might not have school the next day,” Murphey said.

While in D.C., Murphey will continue her schooling by taking classes in American Literature, political science, physics and pre-calculus.

The junior cites literature and history as her strongest subjects. She also credits her father, Seventeenth Judicial District Jude Smith Murphey, as part of the reason for her interest in government.

Though the four-month experience will mark the longest time Murphey has been away from her family, she said she’s ready for the experience.

“I know this is going to be extremely challenging, but also incredibly rewarding. I’m hoping to grow as a person. This is an experience that I’m so grateful to have,” Murphey said.