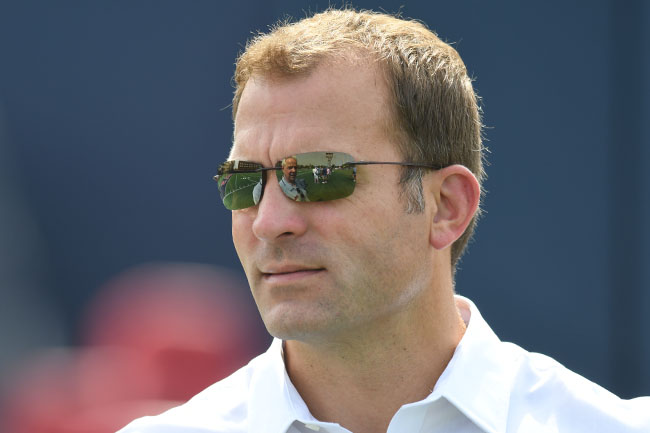 For the first time in a long time, Ole Miss’ football program has some momentum.

The Rebels have moved out from under the scandalous cloud that’s hovered over the program in recent years. It’s been nine months since Bjork and chancellor Jeffrey Vitter decided to pull the interim tag off coach Matt Luke after the Rebels’ former offensive line coach took over in the wake of Hugh Freeze’s forced resignation amid an escort scandal, a decision that was followed days later with the final sanctions being handed down in NCAA’s long-running investigation into the program.

Ole Miss is still awaiting final word on its appeal of another bowl ban in effect for this season,  but much of the talk in the preseason has been about what’s transpiring on the field for a team that’s won just 11 games the last two seasons and was picked to repeat its sixth-place finish in the SEC West this season. Yet there’s some cautious optimism after the Rebels won three of their last four games capped with an upset of rival Mississippi State and followed it up with a top-30 recruiting class.

The Rebels already have 26 players committed for the 2019 recruiting cycle as Ole Miss gets set to officially begin the Luke era Saturday against Texas Tech.

“From my perspective, I love the culture coach Luke has put in place and continues to develop with our team, both our current roster and also in the recruiting world,” Bjork said. “I think we have a lot of momentum in recruiting and within our locker room right now. The expectation is that momentum continues and that we have an exciting brand of football.”

The Rebels shouldn’t have much of a problem producing that on offense with senior quarterback Jordan Ta’amu, arguably the nation’s most talented receiving corps and one of the SEC’s most experienced offensive lines back to lead a unit that finished in the top 5 in the SEC in yards and points. Once again, what kind of chance Ole Miss has each week will largely depend on its much-maligned defense, particularly against its stiffest competition.

Alabama, Auburn and LSU — the top 3 teams in the division standings — accounted for half of Ole Miss’ losses last season, beating the Rebels by an average of 33.3 points.

“We know we have work to do on defense, but our guys are hungry,” Bjork said. “I see our defensive players, and they’ve been hungry. They’re hungry to prove people wrong. I think we’ll be improved on that side of the ball.”

As for when Ole Miss will get an answer on its appeal, it’s anybody guess. Ole Miss had its in-person hearing with the Infractions Appeals Committee last month, but Bjork said there’s no set timetable on when the final ruling will be issued. The NCAA will notify the school 24 hours in advance.

Bjork isn’t expecting the answer to change anything.

“We’re expecting the worst-case scenario, but that hasn’t deterred our players,” he said. “It hasn’t deterred the work ethic. They’re as hungry and as motivated as I’ve ever seen a college football team. The expectation is that we compete at a high level and we continue momentum that I think we’ve recaptured.”