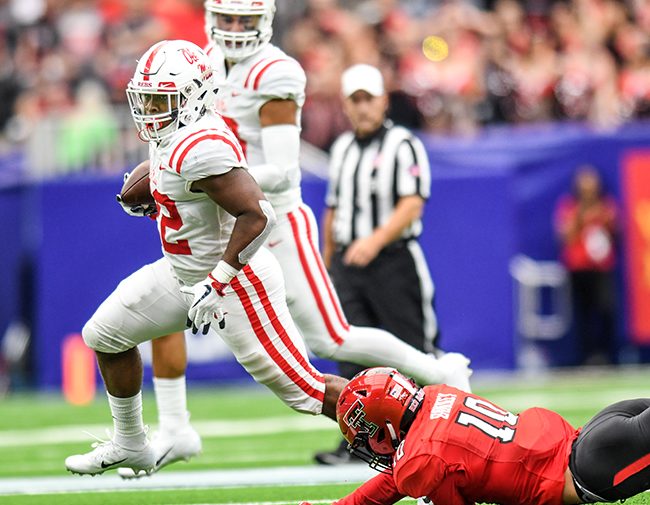 Scottie Phillips’ explosive debut is part of a handful of Week 1 performances for Ole Miss that have been recognized by the SEC.

Ole Miss’ running back was named SEC Offensive Player of the Week by the league office Monday. The honor comes two days after Phillips gashed Texas Tech for 204 yards on just 16 carries in the Rebels’ 47-27 win at Houston’s NRG Stadium, scoring on runs of 38 and 65 yards.

Left tackle Greg Little was named SEC Offensive Lineman of the Week after helping pave the way for just the 10th 200-yard rushing performance in program history. Sophomore Luke Logan shared co-SEC Special Teams Player of the Week honors with LSU’s Cole Tracey after going 4-for-4 on field goals with a career-long of 39 yards in his first game as the Rebels’ full-time placekicker.

A junior college transfer, Phillips also had a run of 44 yards on his way to piling up the most yards ever by a running back in his Ole Miss debut. He’s just the eighth running back in school history to eclipse the 200-yard mark in a game.