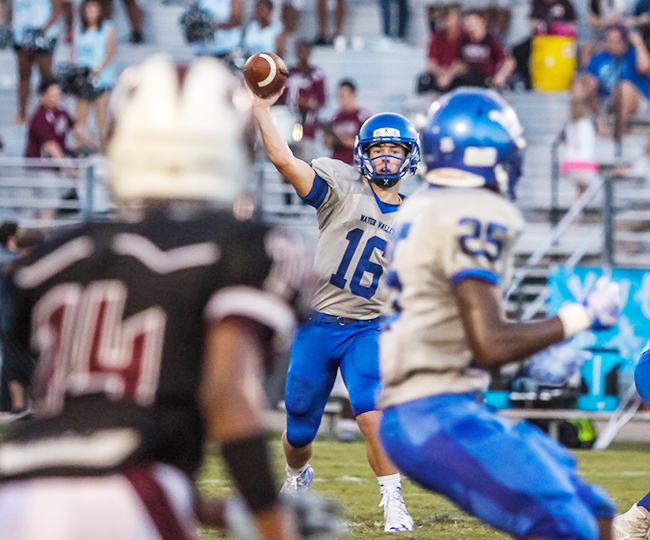 There is a fine line between arrogance and confidence. It is a line Water Valley head coach Brad Embry is helping his team walk everyday.

With the Blue Devils start this season there is valid reason to keep his players’ heads grounded as there is still plenty of work to do.

“I don’t think we’re where we need to be,” Embry said. “There’s an old saying ‘good is the enemy of great.’ Yeah, we’re good, I think. I talked to the (team) about how there’s a difference between arrogance and confidence and arrogance will get you beat. Confidence is a good thing, as long as you know how to handle it.”

Coming off their 41-6 win at J.Z. George last week, it is the third straight game the Blue Devils (3-0) have played in where stress was not a factor late in the game. In their three wins, the games have been decided by halftime. Water Valley is outscoring their opponents 89-7 in the first half.

A team facing little to no pressure situations late in the game is usually a concern for coaches, but Embry is not too worried, knowing there are still plenty of games to be played before November arrives.

“I think that’s a definite concern, but eventually you’ve got to play a close game and respond and go from there,” Embry said. “I’m not panicking or anything like that. Before we get into the playoffs I think we’ll play some games like that and that’s when it’s going to matter. Win or go home then. Right now we just need to play the best we can each game. Those situations will come and we’ll handle it and we’ll learn from it, win or lose.”

Water Valley’s first true test of the season could come at Bruce on Friday (7 p.m., 105.5 FM). The Trojans are on a two-game winning streak after dropping their season opener against Aberdeen. With wins over Vardaman and Coffeeville, Bruce (2-1) is trending upward.

Their biggest weapon is running back Dee Cullins. In their game against Vardaman on Aug. 24 Cullins rushed for 263 yards and three touchdowns in the Trojan’s 27-12 win.

“(Bruce) is going to get better every week and it’s going to be a good matchup for us,” Embry said. “They’re playing to their strengths and look pretty good up front. They run the ball well and it will be a good test for us, which is what we need. We need to continue to play teams that are going to test us and push us to handle those pressure situations in close games.” 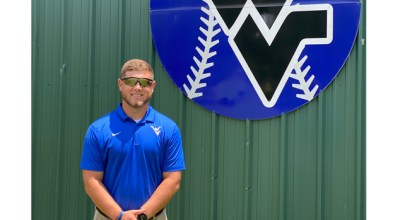