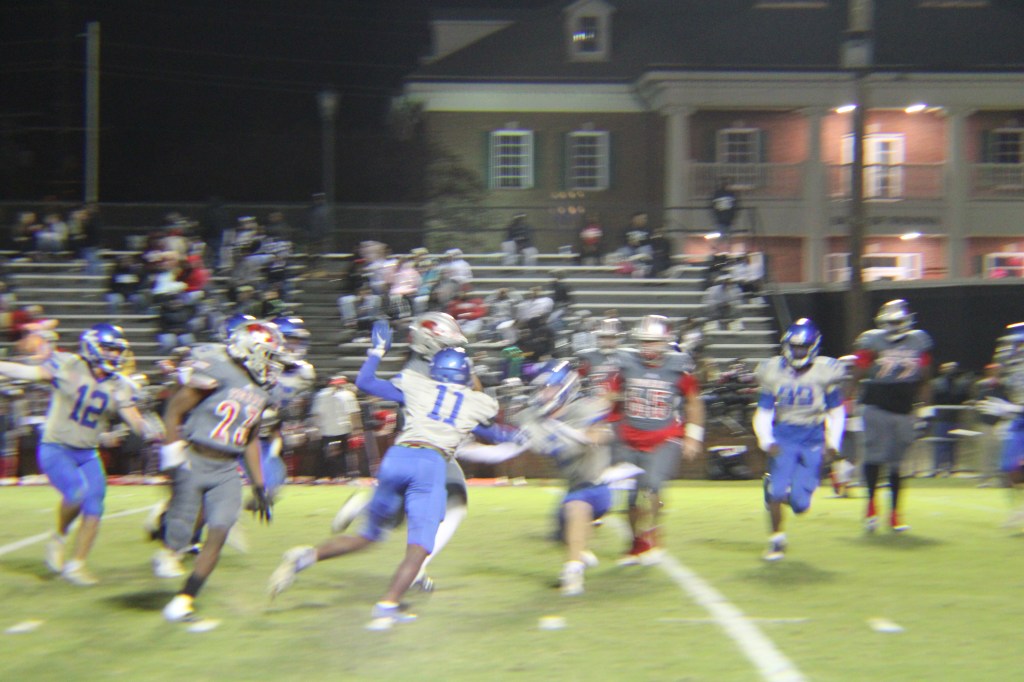 Water Valley would start off the game strong on offense as CJ Telford would complete 4 of his first five passes on the opening drive capped off with a 9-yard touchdown to Saveon Freeman. Winona would shut the Blue Devils down for the rest of the half.

Winona would answer back immediately with a 62-yard QB keeper by Chase Richardson to tie the game after the extra point. The Winona offense would turn the pressure up on the Blue Devils on the ground and through the air.

Water Valley would drive down the field in the second quarter, but the Tiger defense led by Jemarius Sanders would flex its muscle and control the Blue Devils by forcing a sack on Telford on fourth down to get a turnover on downs.

The Water Valley defense would have two interceptions in the first half, one by Eli White and the other by Freeman, to close the half.

The Tigers jumped on the Blue Devils early in the second half after recovering the onside kick with a Zay Nash touchdown to extend the lead to 4 touchdowns. Nash would add one more touchdown on the night on a goal-line run on the next drive.

The Tigers sealed the game with a 68-yard touchdown from Richardson to Tristin Purnell, who was wide-open down the middle of the field on the play. This touchdown would start the running clock.

The Blue Devil offense would get on the board again in the fourth quarter when Brayden Buford ran in for a goal-line touchdown.

CJ Telford would finish the game for Water Valley, going 7-14 for 90 yards.

“We are playing a small group of kids right now and playing both ways. It’s hard to do, but they never quit. No excuses; this is Water Valley, and we do not look for silver linings. I am proud of them, and only one team can be happy at the end of the season,” said Water Valley coach Brad Embry.

With the win, Winona advances to the third round of the MHSAA Class 3A playoffs. The Tigers will face off against the winner of Amory and North Panola. Water Valley ends the season with an overall record of 6-5. This will be the Blue Devils’ last year in 3A as they will be reclassified to 2A for the 2023-2025 seasons 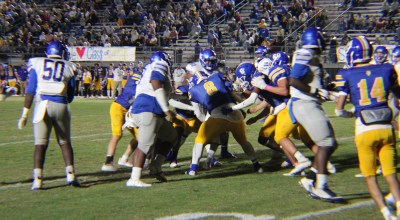