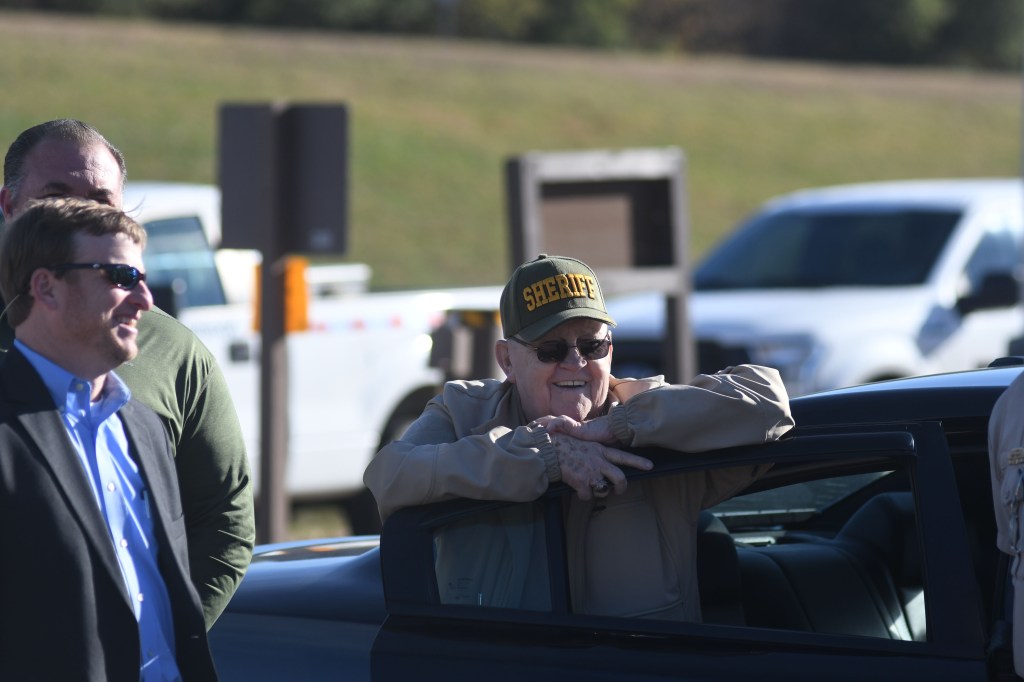 Buddy East attends the dedication of Veterans Memorial Bridge, located over the Tallahatchie River on Highway 7 north of Oxford, Miss. on Thursday, Nov. 9, 2017. East celebrated 46 years as sheriff on Aug. 23.

East was 76 years old and had recently celebrated 46 years serving the county as sheriff, having been elected for 12 consecutive terms dating back to 1972.

“This is what I always wanted to do all my life, to be sheriff,” East said to the EAGLE in a report about his 46 years of service. “It’s been a dream come true.”

“Words cannot describe the impact and legacy left on Lafayette County and the entire law enforcement community in the state of Mississippi over (East’s) 46 years of honorable service,” the LCSD said.

East’s 46 years as sheriff earned him the distinction of longest-serving sheriff in Mississippi.